Its easy to see why so many Sci Fi movies are filmed here as this place is like another world!

Matilda was looking forward to Coober Pedy. She had read about it in her kids travel book that Santa got her for Christmas last year.  A little town in South Australia that is famously known as the ‘Opal capital’ of the world. A place where beautiful Opals are mined from the ground and people live in ‘dugout’ homes as the only way to endure the heat of living here.

As you drive in you are met with hundreds of mounds of soil, evidence of the Opal mining here. In the town itself there are a few tourist shops, a museum, an underground hotel, a small supermarket, 2 service stations and a couple of caravan parks. And that is about it. 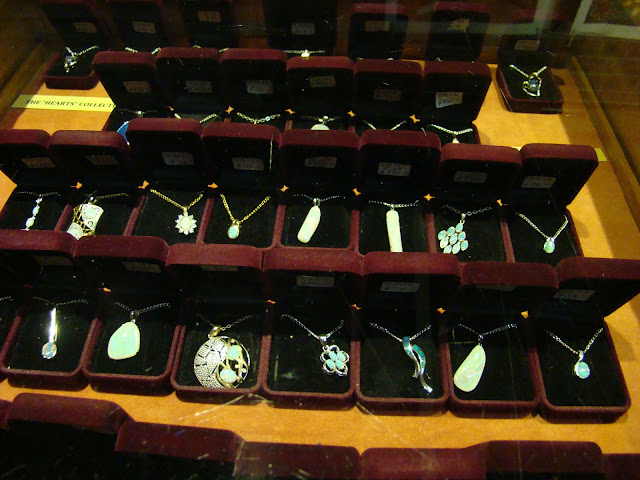 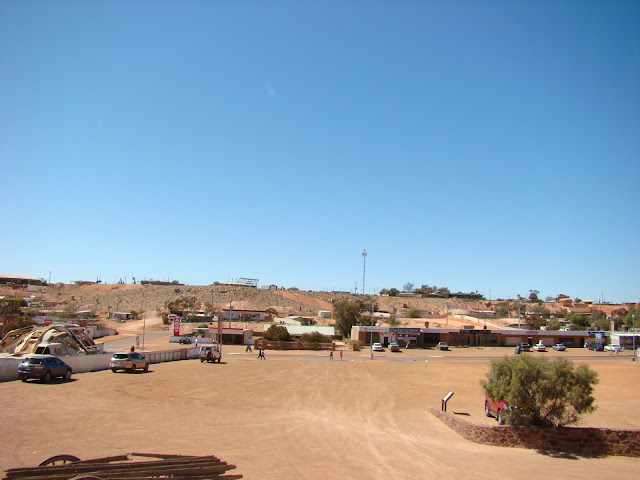 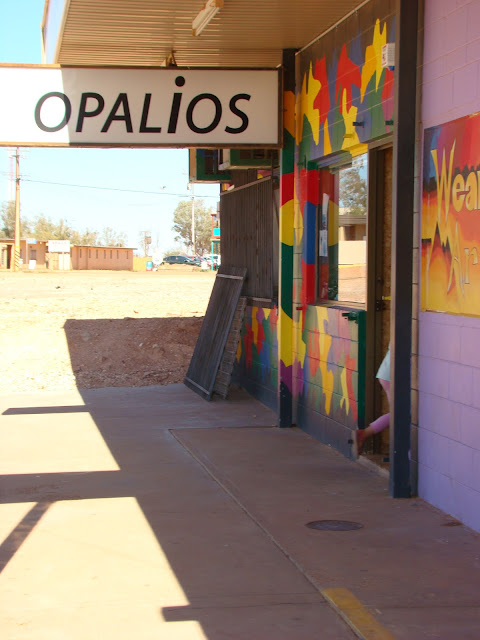 Although the place is touristy for its uniqueness, it is home to many Opal miners and to a large Indigenous population.

But there is more to this place than meets the eye. Literally. Because only 20% of the town is visible, the other 80% of homes are actually UNDERGROUND!!!! People dig tunnels into the side of hills and live in them. We toured on of these underground homes, a place called ‘Fayes house’ which was dug out by hand by a lady called Faye. She lived in the house several years before selling it to the current owners who now have the place as a home open. For $5 an adult you can wander through their home and have a guided tour with the old man who lives here. Well worth a visit and I must say, this place is rated the 5th top place in Australia to visit, according to trip Advisor. 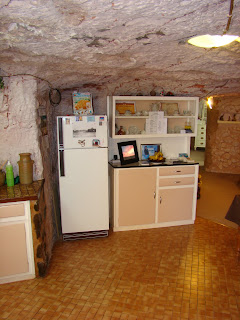 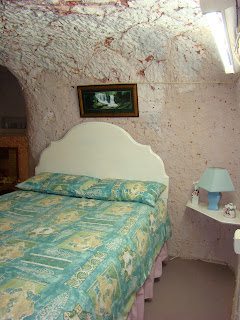 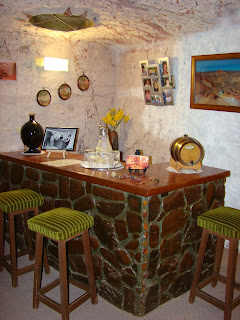 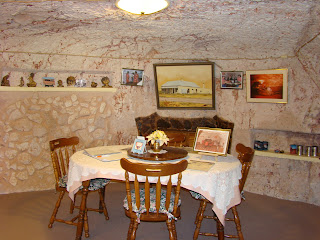 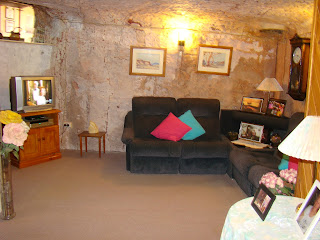 Another popular tourist spot in Coober Pedy was the underground Serbian Church. This place was strange to say the least. It was amazing they had dug out an underground space and turned it into a beautiful church. But to he honest I don’t love going into churches and I was happy to have a quick look then get out! 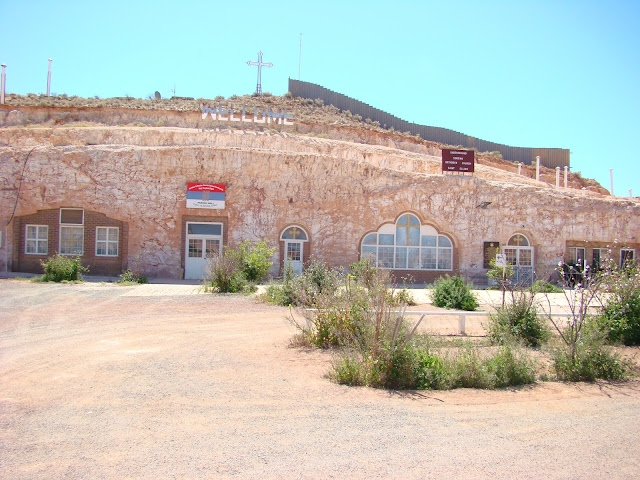 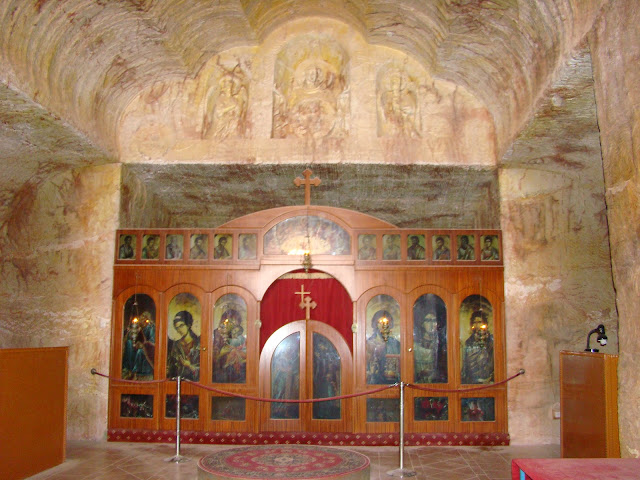 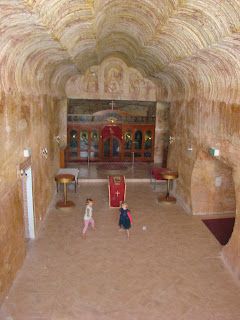 We also visited the underground Opal museum, this place gave some facts on the town and had a large display of Opals for sale. When we first entered the museum I said to Craig ‘being underground like this is a bit scary isn’t it’. He looked at me and raised his eyes, and I then realised that he couldn’t be scared of being in the museum since he worked for years in an underground mine! 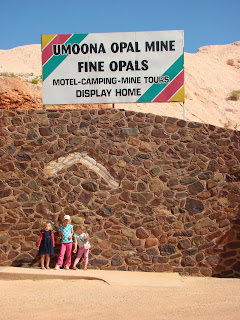 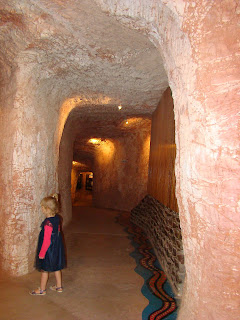 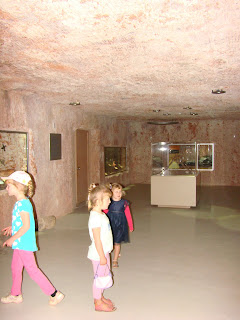 Above ground and at the very highest point of town is the Winch lookout. From here you get a 360 look at what you can see of the town. They boasted homemade waffles, but when we went inside the café it looked dark and dingy and very uninviting. So we left and went back to the camper for afternoon tea! 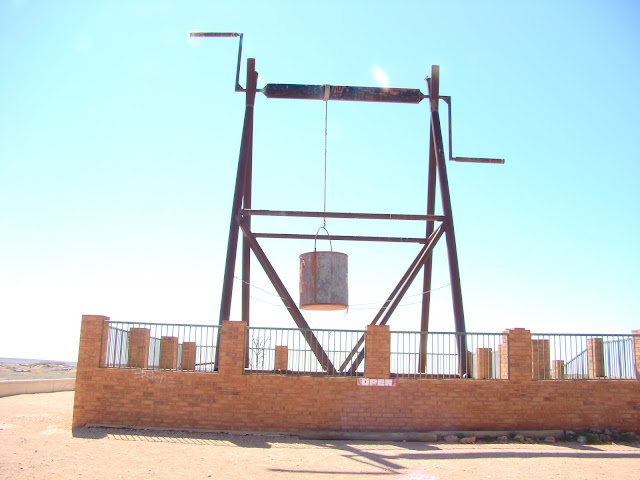 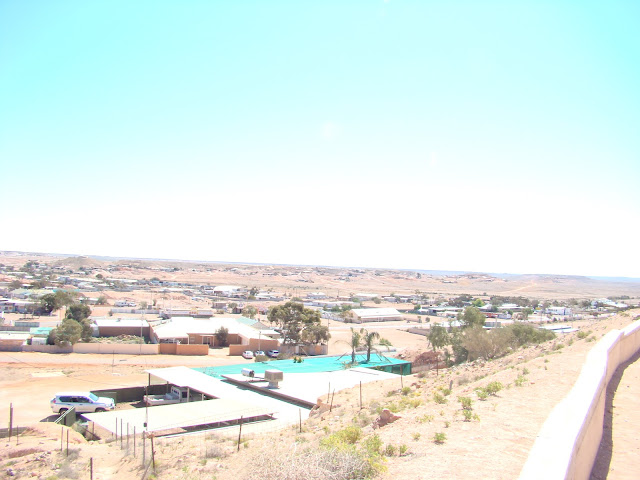 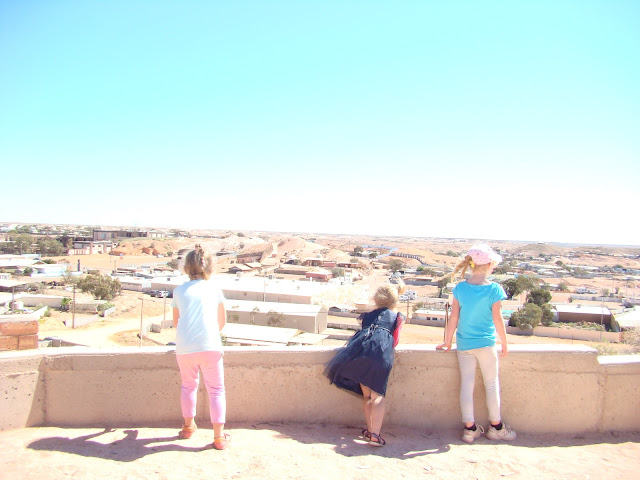 We took a drive out the Oonadatta track to see the Dingo Fence, and from here we drove to a spectacular place called ‘the Breakaways’. It is a 35km round trip from town and is a series of natural rocky outcrops that were formed millions of years ago when Coober Pedy was part of an inland sea. The place is barren, and lonely. But for some reason had a sense of Nostalgia to me. 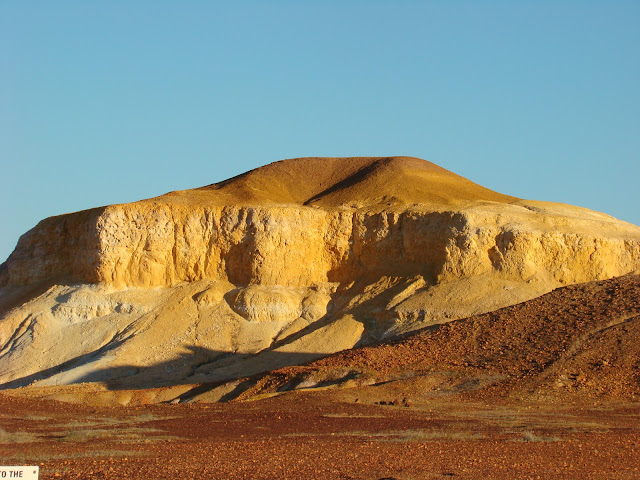 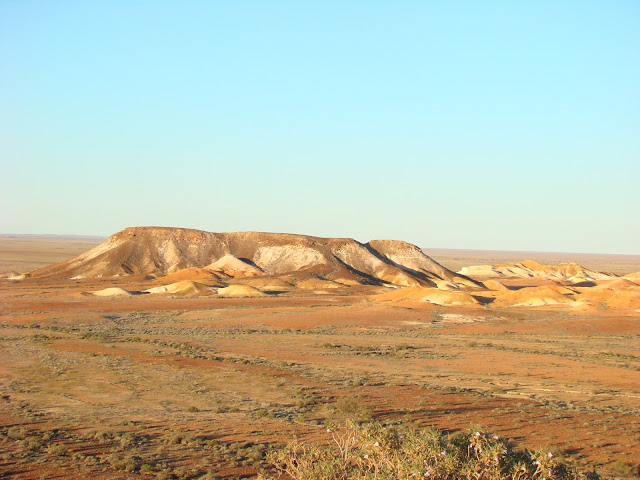 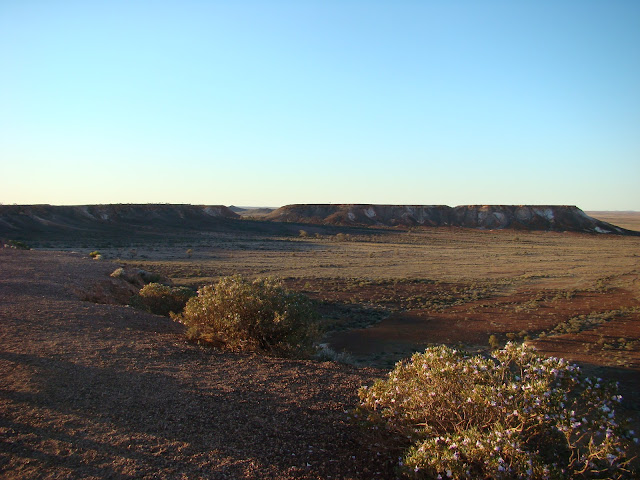 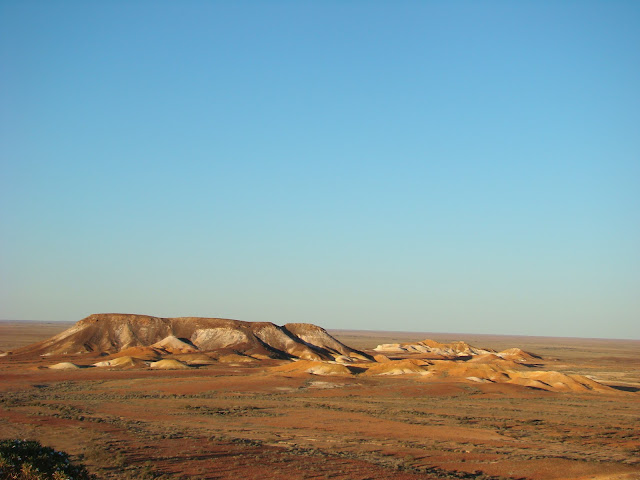 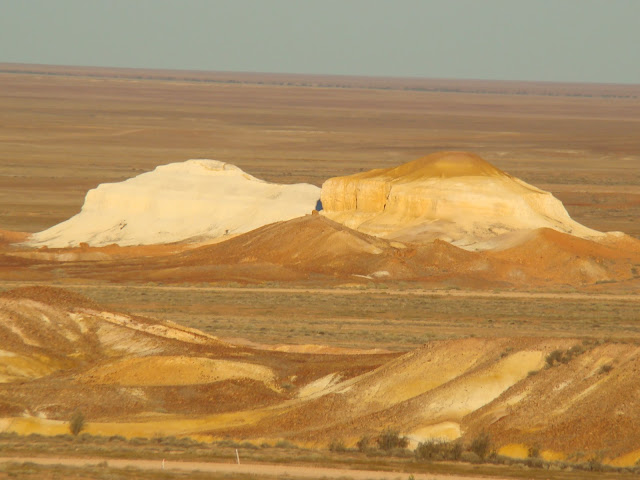 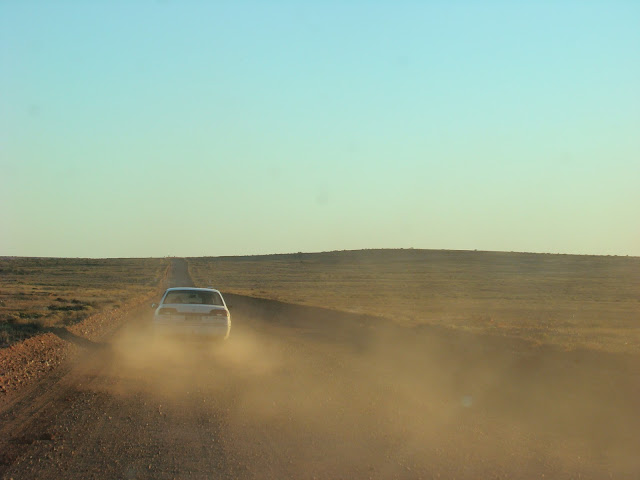