Today is my second last day living in Kalgoorlie before we return to Perth. So I thought I would put up some photos Ive taken around town.


We have a trailer and a camper, which we can obviously only tow one at a time. We had to make a quick overnight trip to perth on the weekend to drop the camper so when we move we only have the trailer to take down.

The distance between Kalgoorlie and Perth is 595km, which takes us six hours of non stop driving. There isn't a great deal between the two destinations, but there are a few little towns to note.

Coolgardie: A population of 800. What was once a thriving gold town is now no more than a couple of pubs and a servo.

Southern Cross: This is our first stop, we stop in at the servo for everyone to use the toilet. We grab a drink and head off. This town has a population of 700 and was named after the star constellation. All of the streets in this town are named after constellations and stars, I would like to walk the streets and take photos but we are always in a rush on our trips to and from perth.

Merredin: This is the start of farming country and you can see on the side of the road that the dirt turns from the red outback dust to brown soil. It is the halfway point between Perth and Kalgoorlie.

Northam: This town is bypassed now. I know once we are in Northam that we don't have far to go. I almost view Northam as being the change over point between the farming land and the suburbs which follow down the hill to the city.


All of this driving is done on one road, Great Eastern Hwy, which is the only road that connects Perth to the eastern States. The road runs parallel with the Pipe Line. The pipe line was completed in the early 1900's by CY O'Connor to deliver water from Mundaring weir to Kalgoorlie. It is still used today. 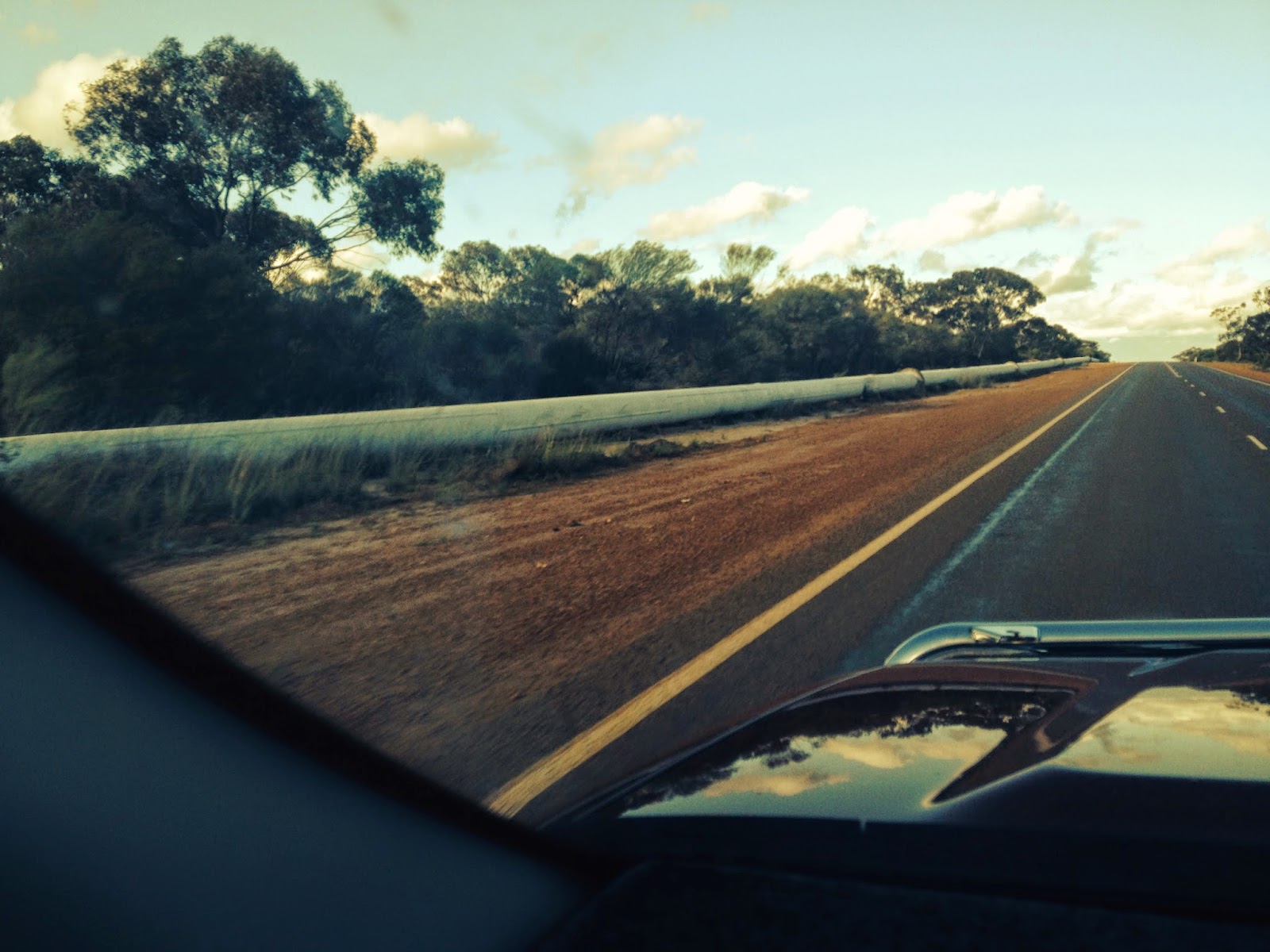 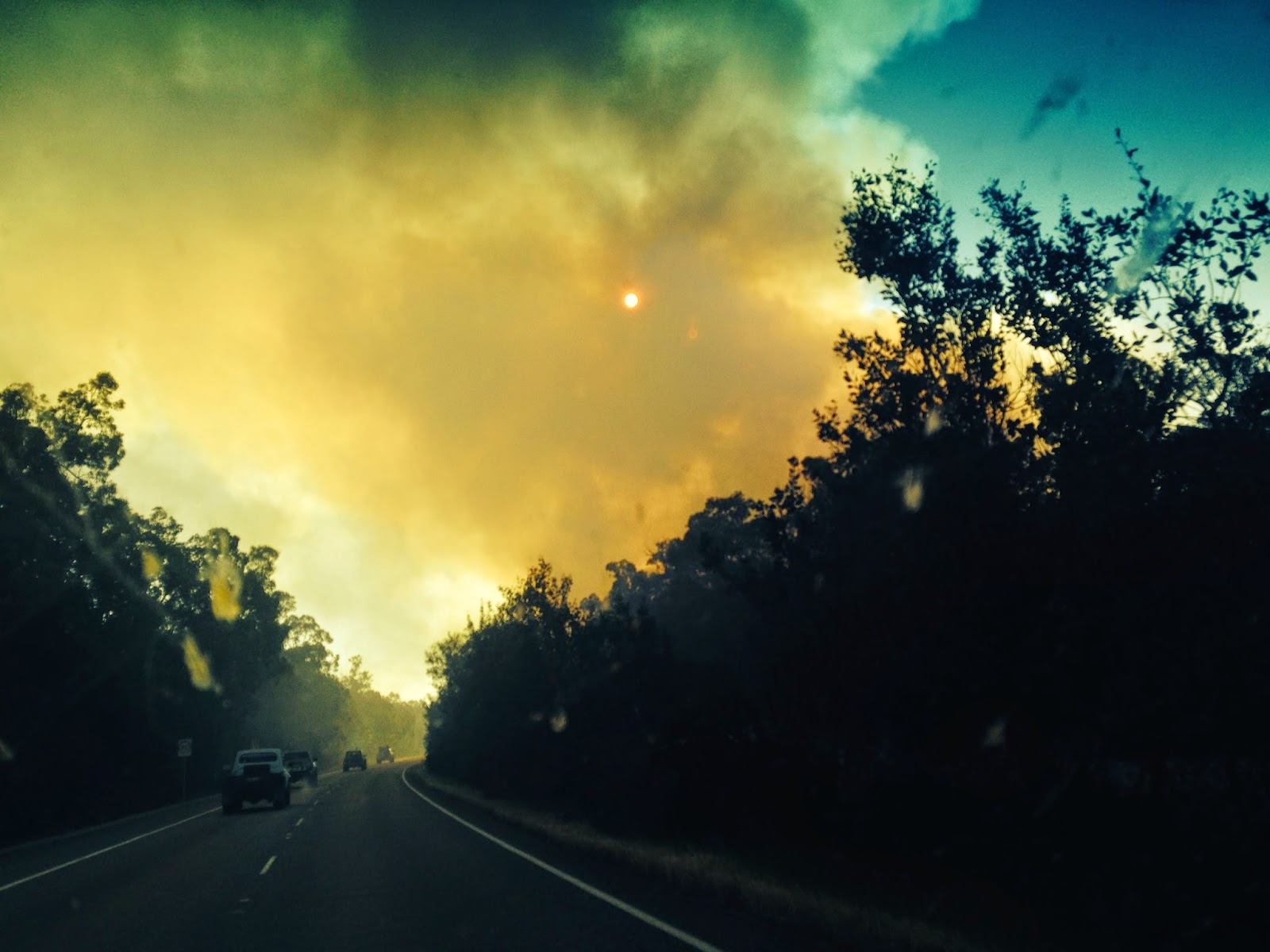 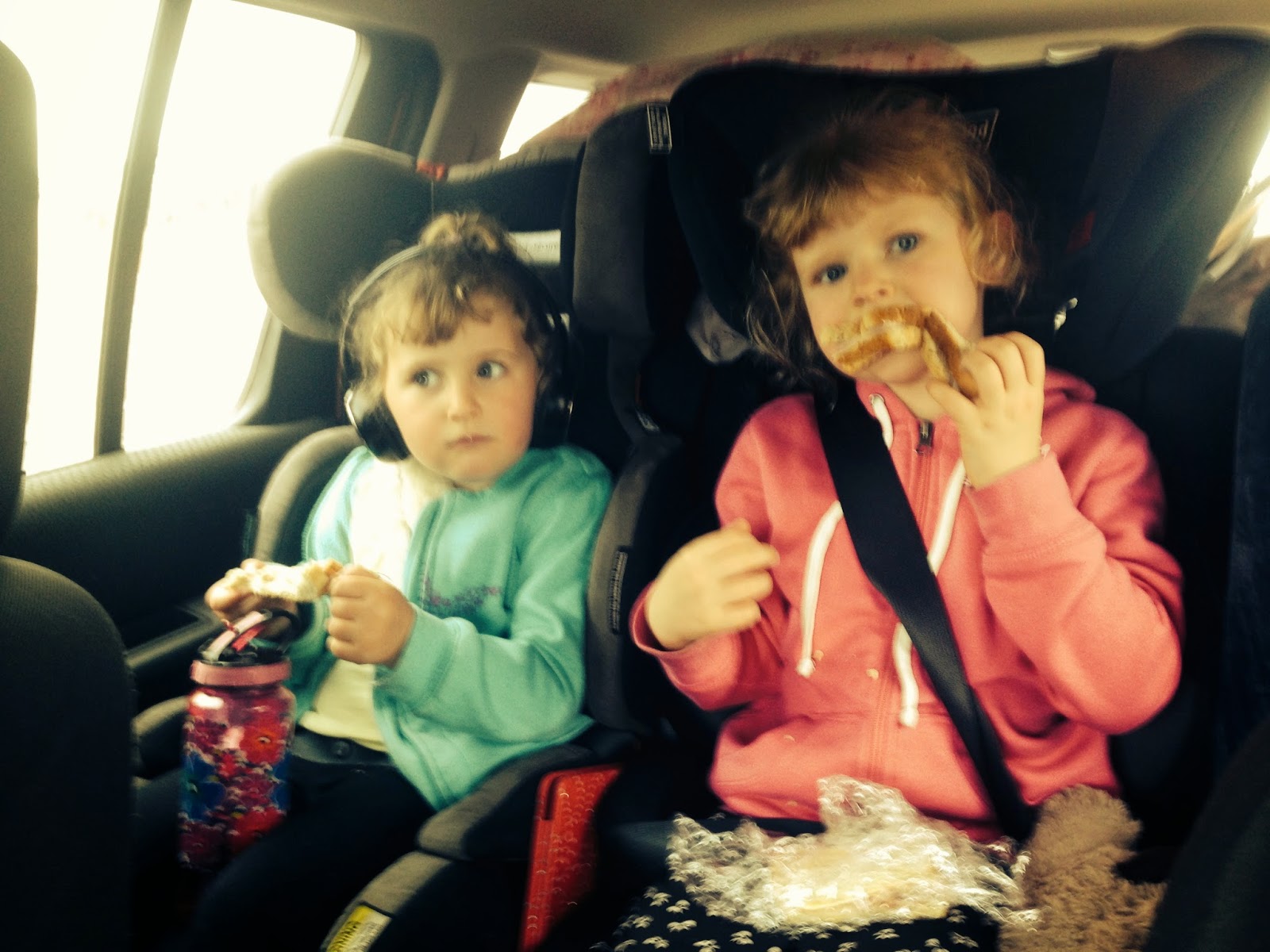 The girls in the back watching DVDs and eating their sandwiches


This will be our last quick dash. Next time we do the drive will be for our final move back to Perth. While I don't mind driving, I certainly won't miss the rushed nature of our trips down. Im looking forward to getting on the road next year and being able to take our time to see the sights and do a few hundred kilometres a day instead of the six hour stints we have become accustom to.