On Sunday we decided to do a day trip to Leonora, which is 234km North of Kalgoorlie on the Goldfields Highway.


Craig worked in Leonora for a couple of years when he was doing FIFO and had 'fond' memories of the place. He wanted to show the kids the mine where he worked and the town which was his home for eight days out of every fortnight. 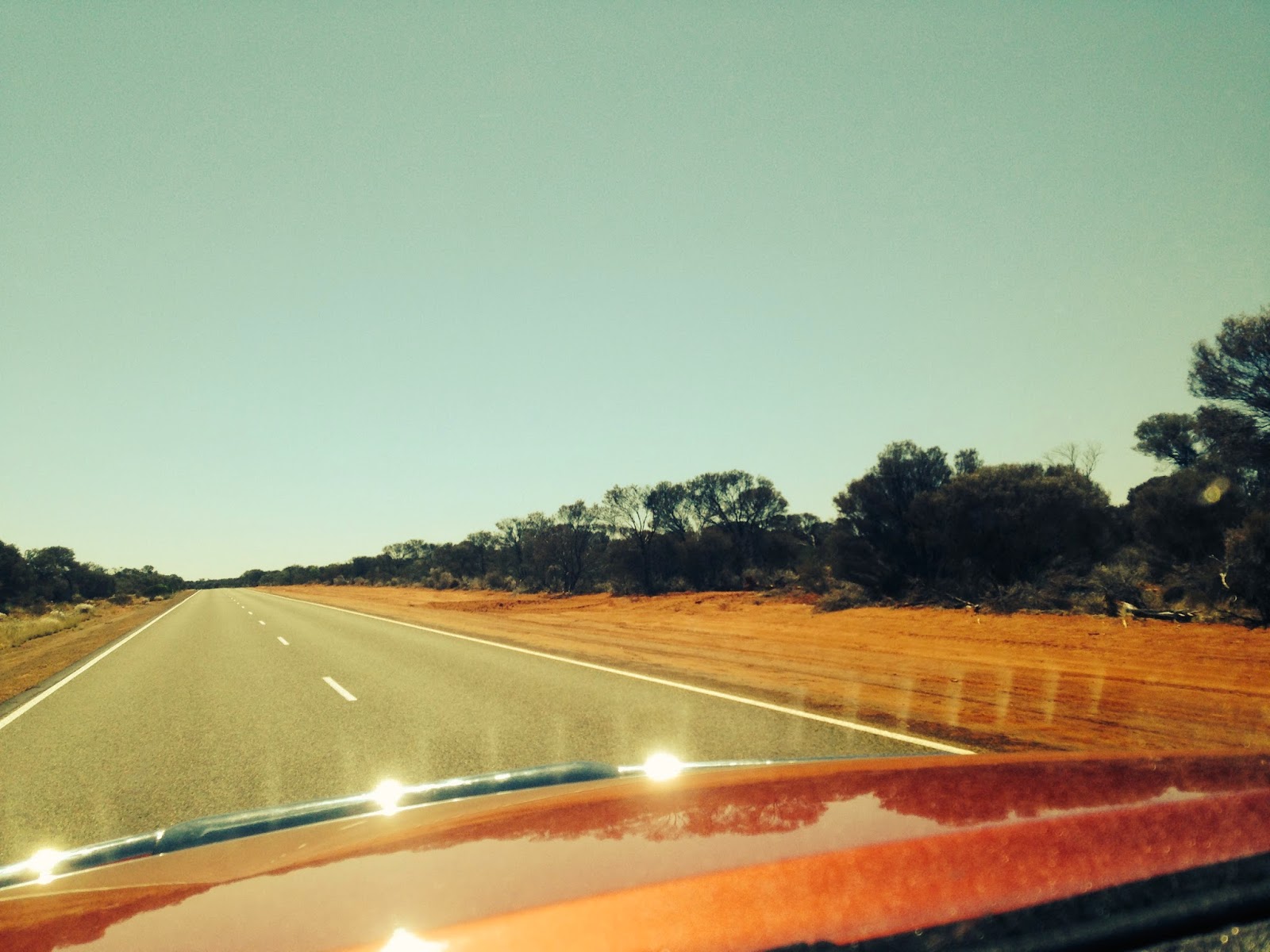 The road to Leonora

A half way point between kalgoorlie and Leonora, and good stop for toilet and playground is the small town of Menzies. Small is a good word to describe it, with a population of 56! The town was founded in 1894 and named after a Canadian prospector 'Leslie Menzies' who resided there. Today there is a nurses post, a hotel and a shire office. A police station was running up until 2007 but was closed due to lack of funding. 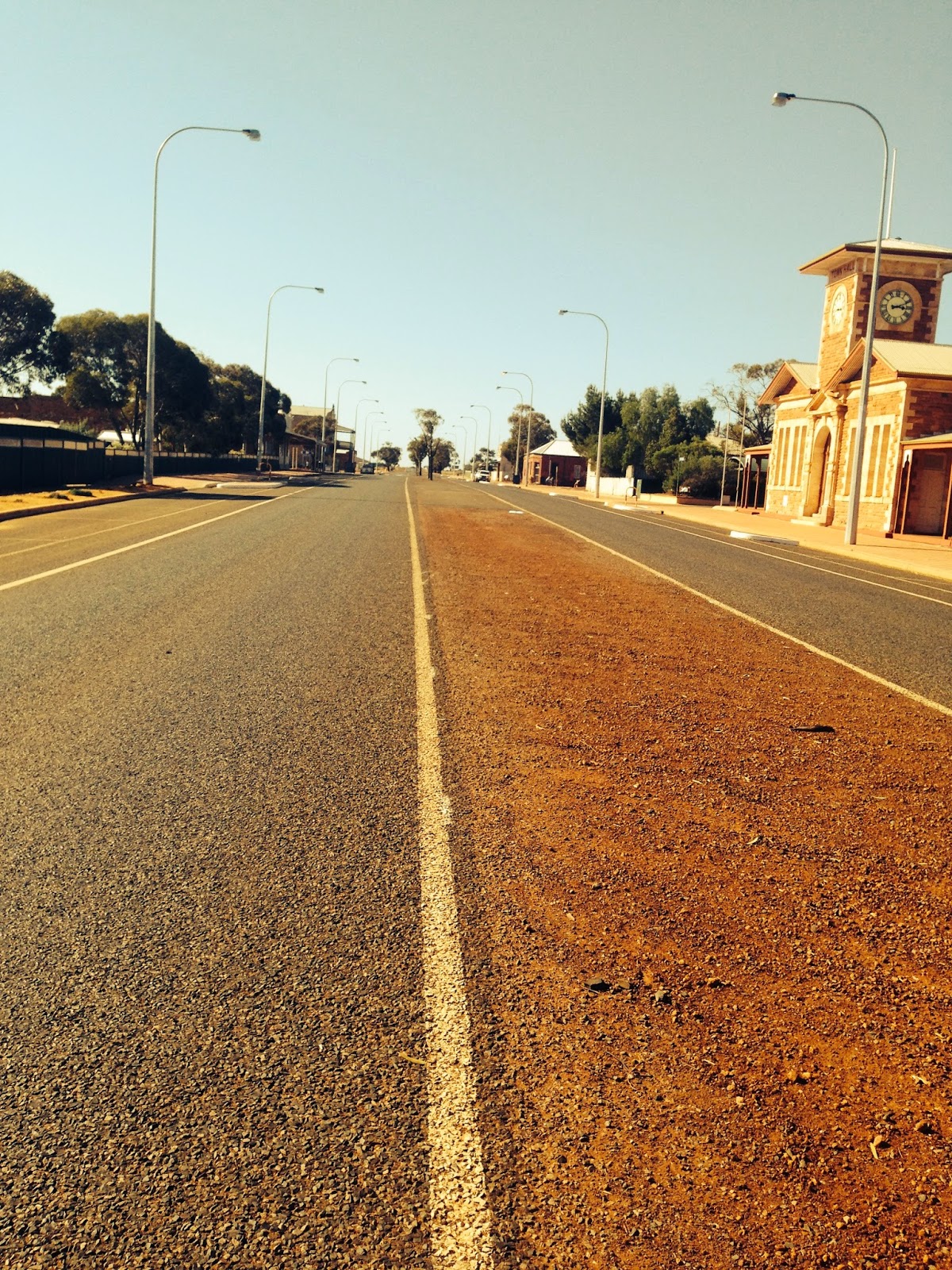 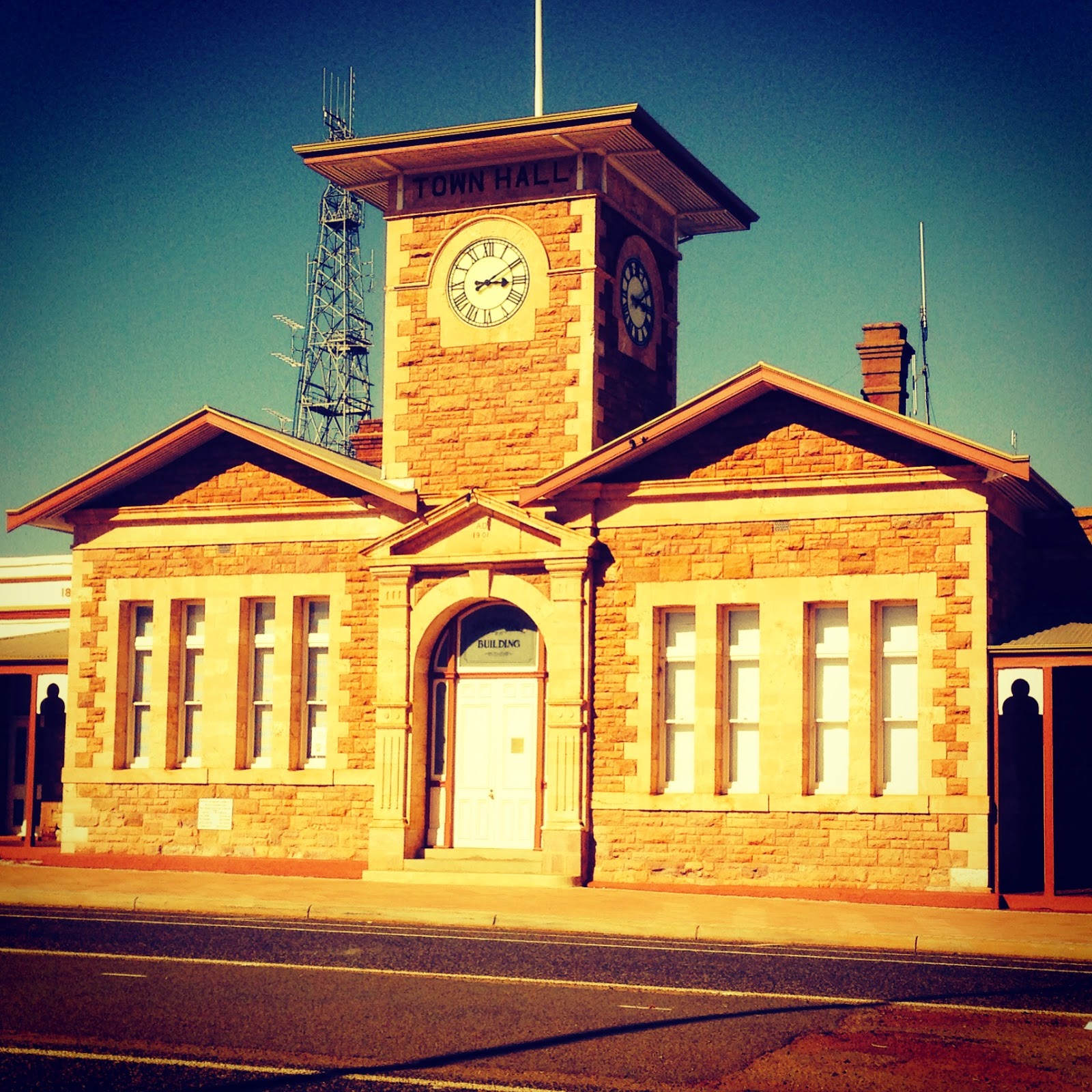 Menzies Town Hall. Did you know: This was built in 1898, however, remained 'clock less' for over a hundred years as the original clock ordered was lost in a ship wreck and the town declined shortly afterwards. A clock was finally put up in 2000 to celebrate the new millennium! 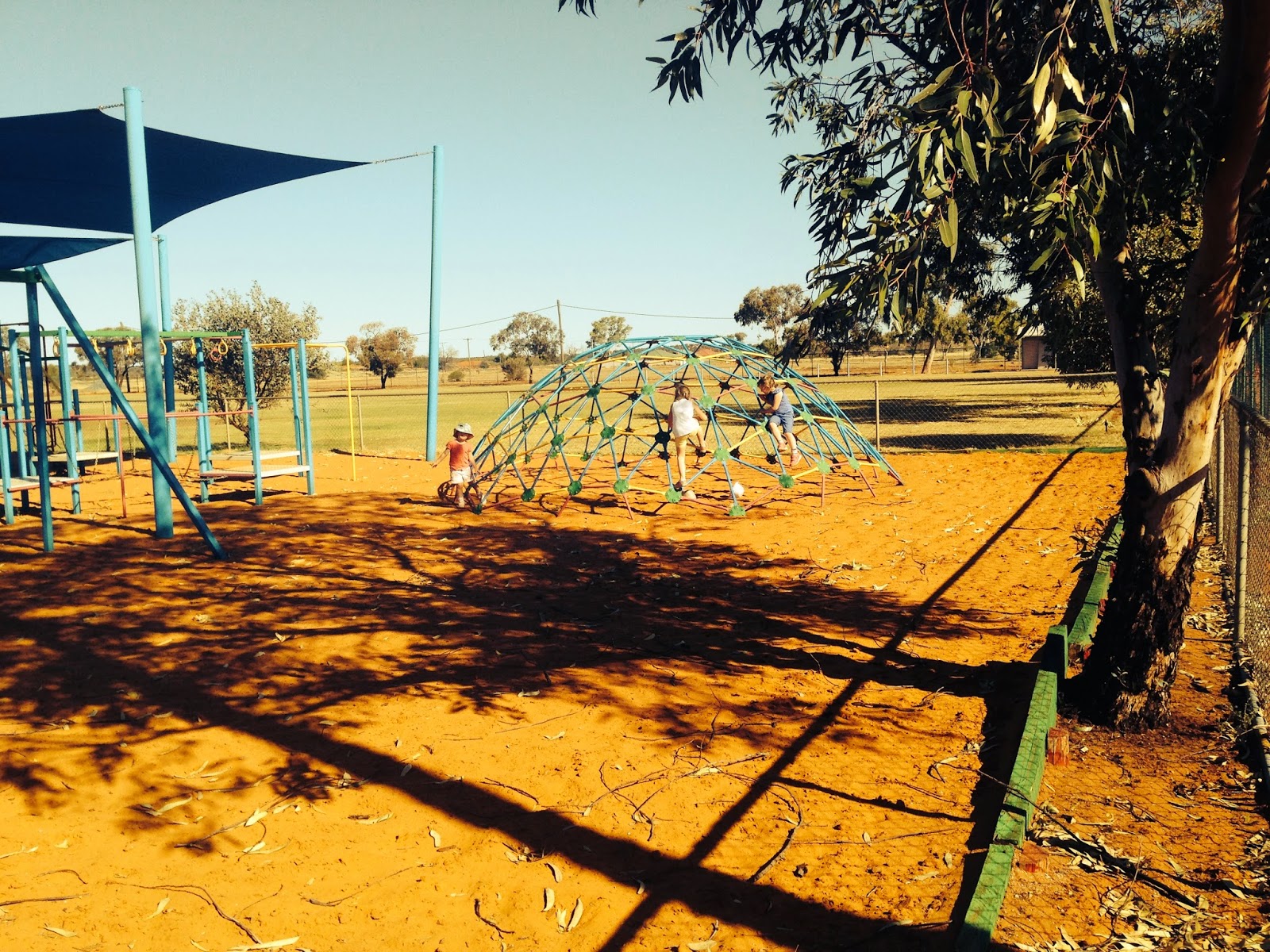 The playground stop at Menzies

From Menzies we drove through to Leonora, into the townsite to have our lunch. We had packed some rolls and juice boxes from home into the engel fridge. A necessity when travelling as lunches would have cost us $50 plus. 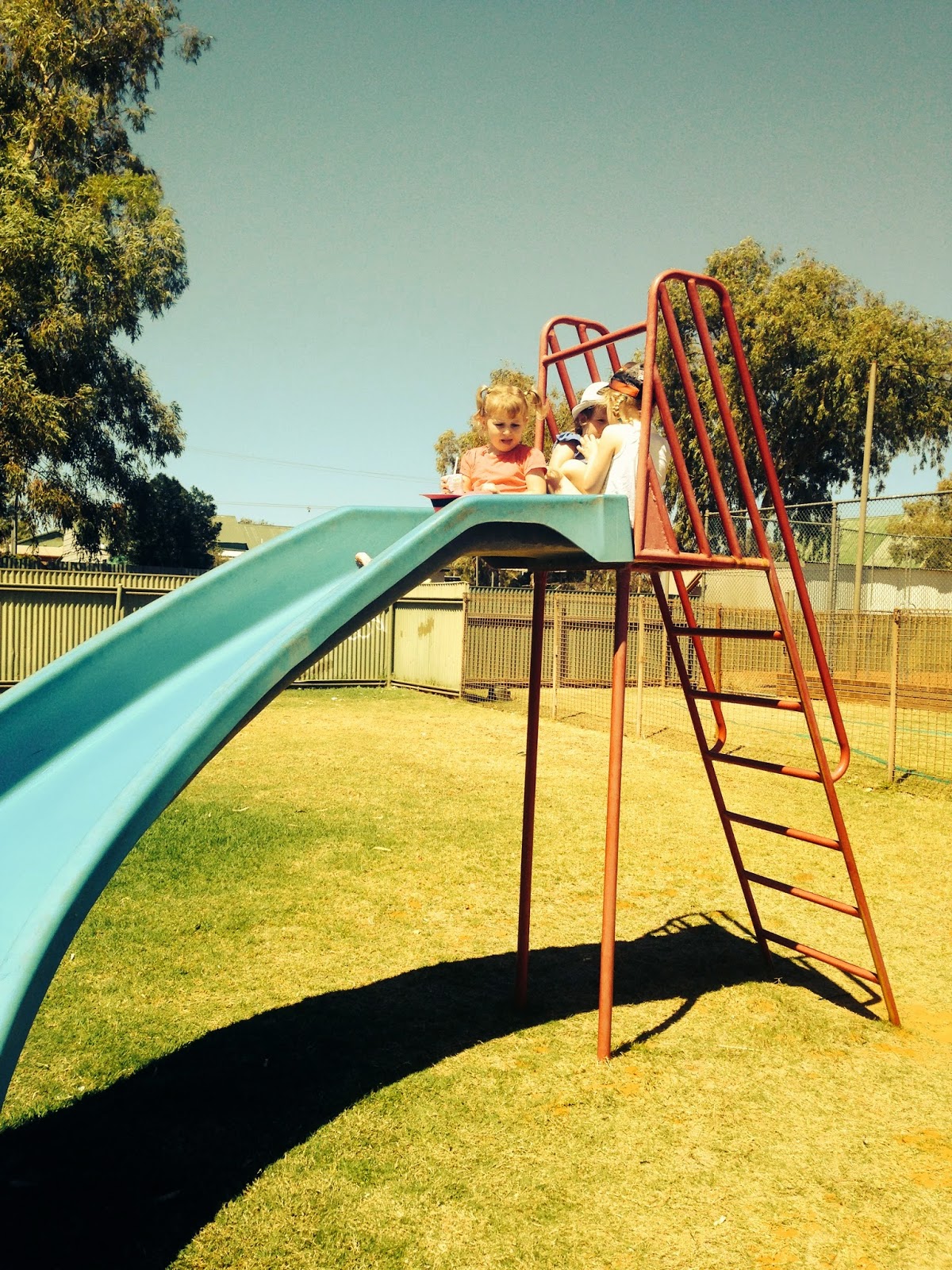 Another town another playground. This one is in the main street of leonora. Kids are eating their rolls on top of the slide!

After our quick bite to eat and a quick walk of the town (so quick I took no pics!) we got back in the car and headed the few kilometres out of town to the 'ghost town' of Gwalia. This town was built around the Gwalia mine site in the 1800's and was a thriving site until the final whistle blew on 28 December 1963 and the mine closed down. All the workers were forced to abandon site and find work elsewhere. The little tin shacks and artefacts are all that is left of that time. Some of the shacks have been restored and it is now a popular tourist attraction. 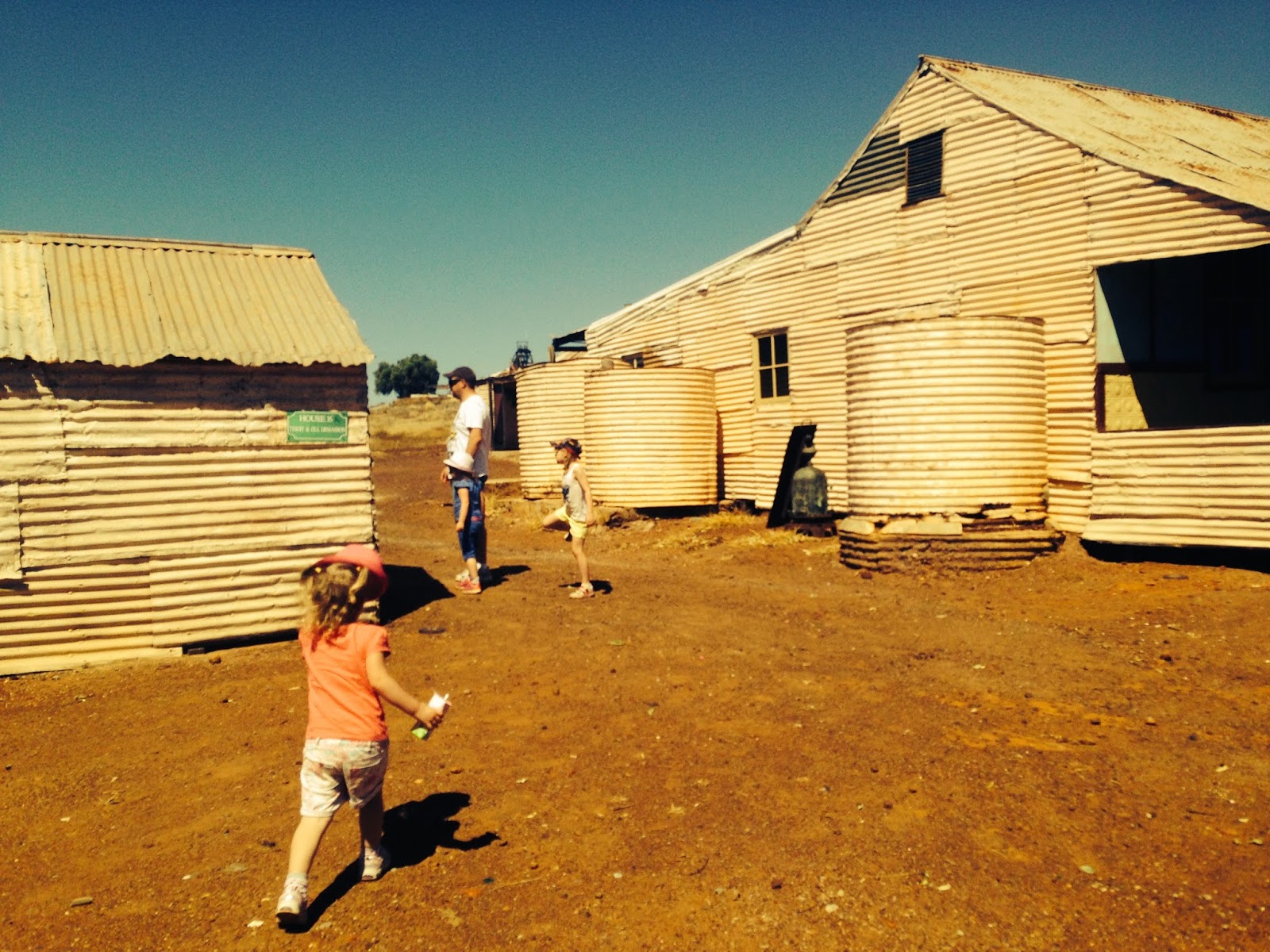 Craig and the girls exploring the townsite 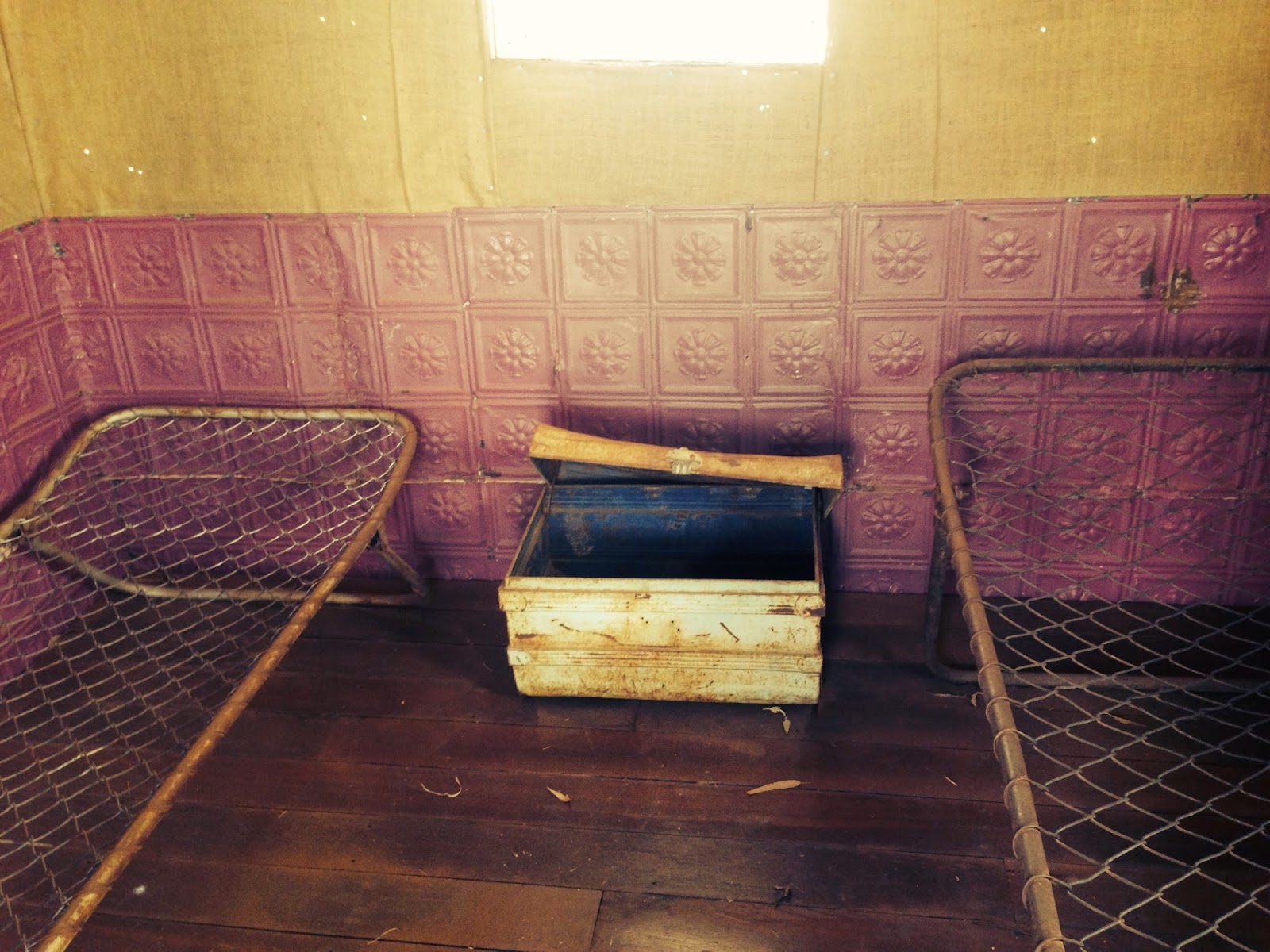 Two beds (minus the mattresses) in one of the shacks. Love the original pressed tin walls. 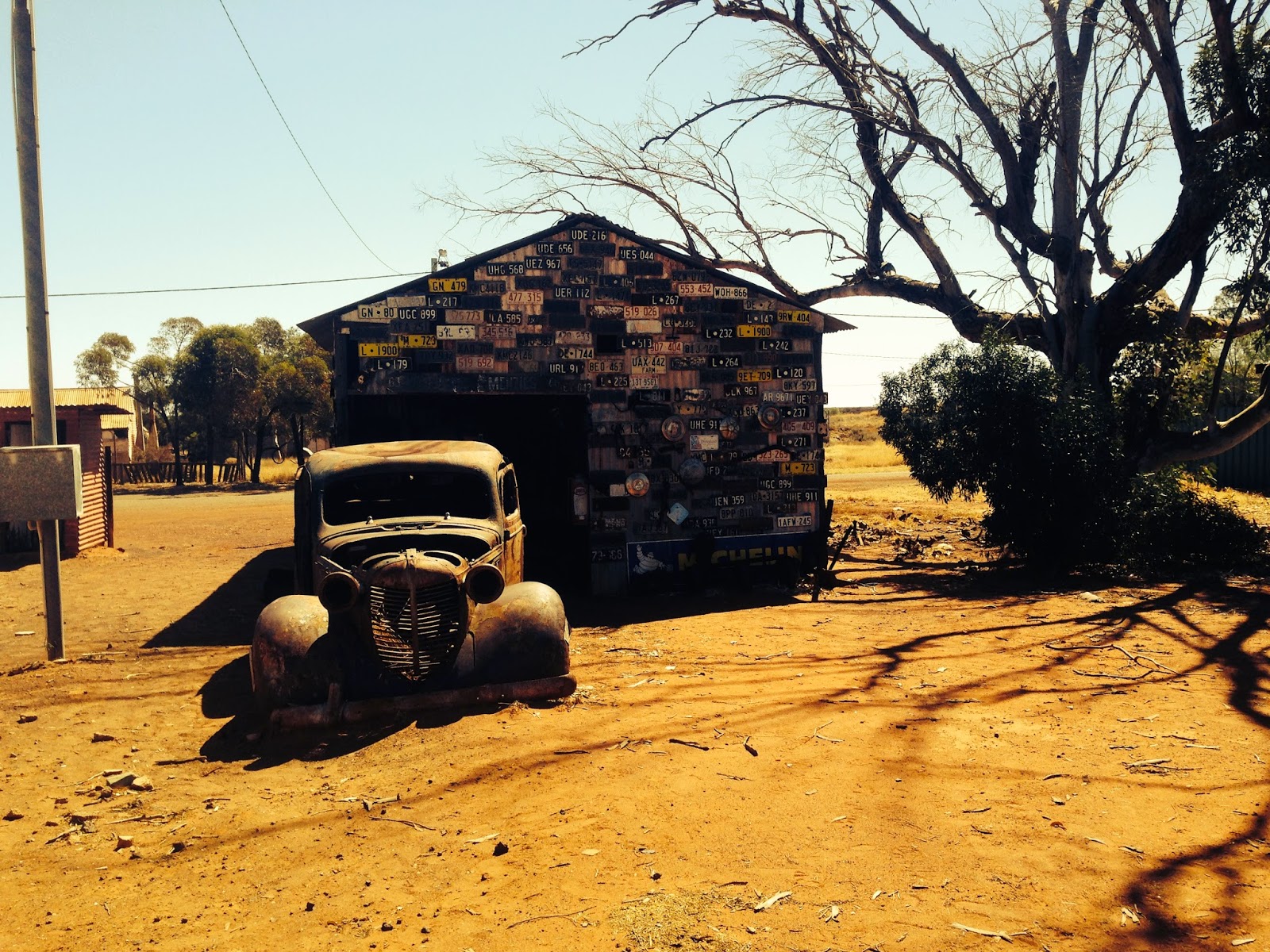 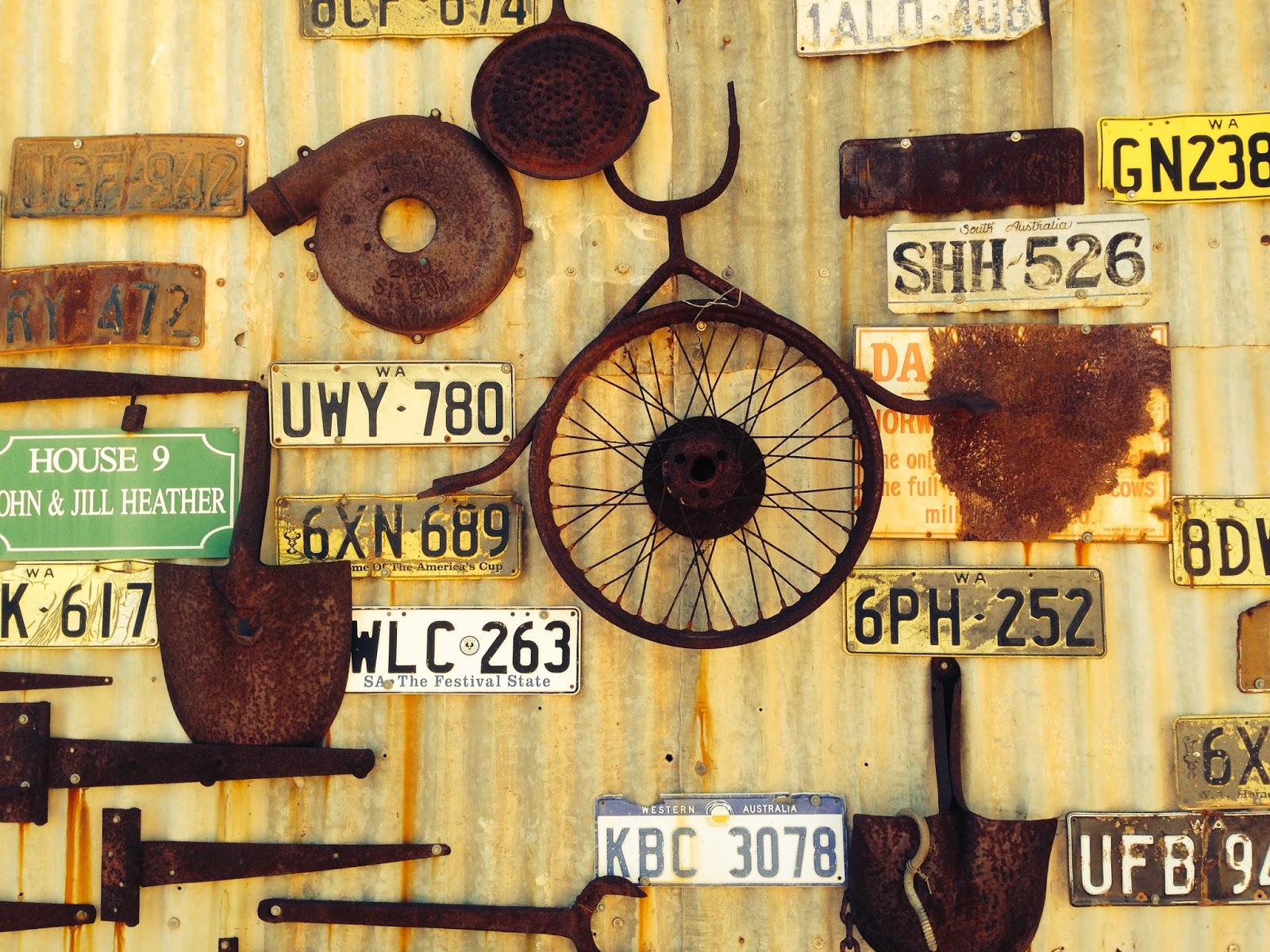 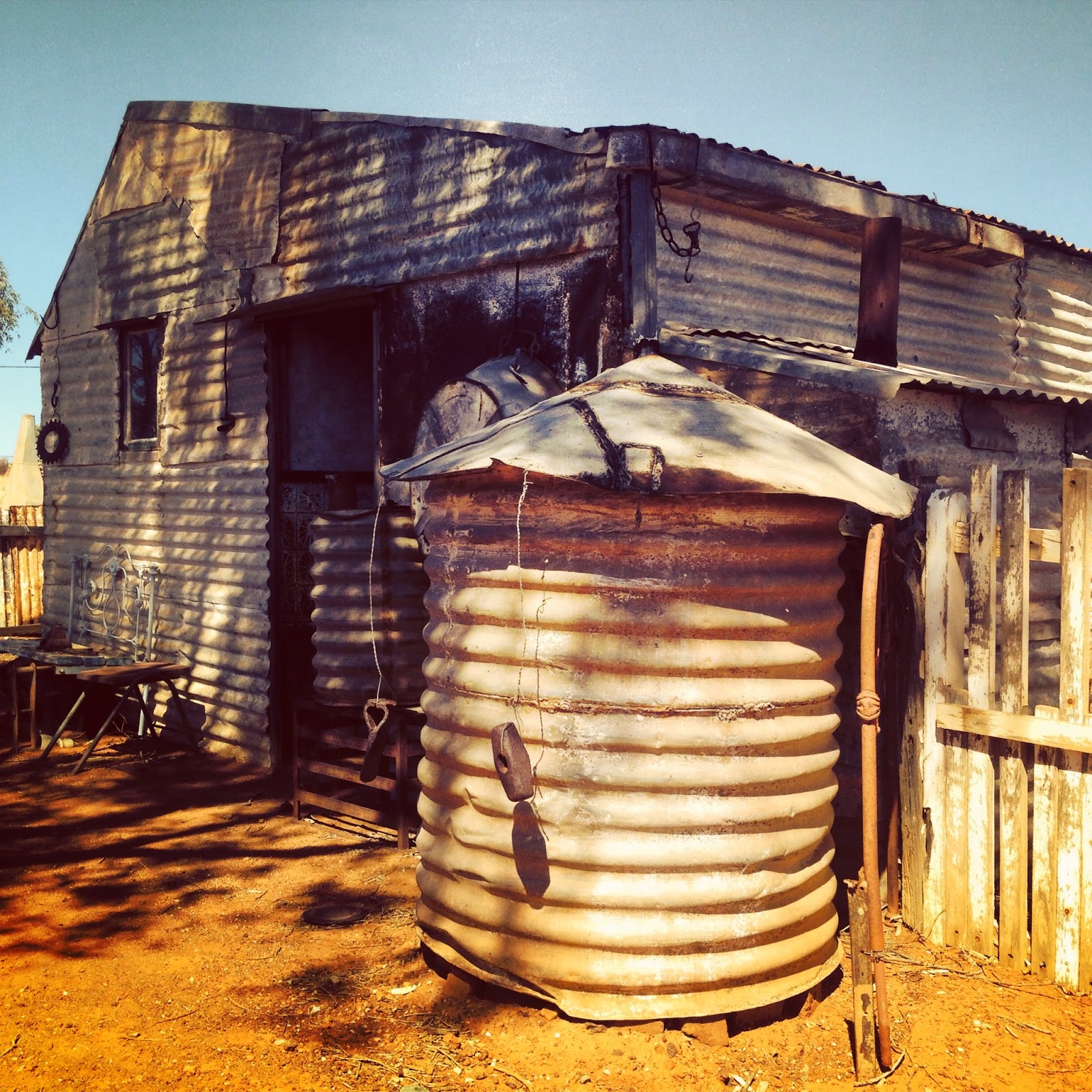 Funny to think this was someones home all those years ago. Amazing how a human being can live with so little possessions and comfort but still manage to survive. Makes me thankful for my toilet, shower and kitchen!

The Gwalia mine was reopened again in the 1980s.  The decline is now over 2,000 metres below the surface and lots of the new mine works pass through old works from the first gold rush days. Craig used to be underground here and there have been many ghost stories from this underground site.  Craig said he has felt like someone has been behind him when working only to turn around and nobody there. On saying that he isn't an overly spiritual person and I would like to go under there one day myself or at least research more about the ghost stories. Im sure there would be hundreds of stories! 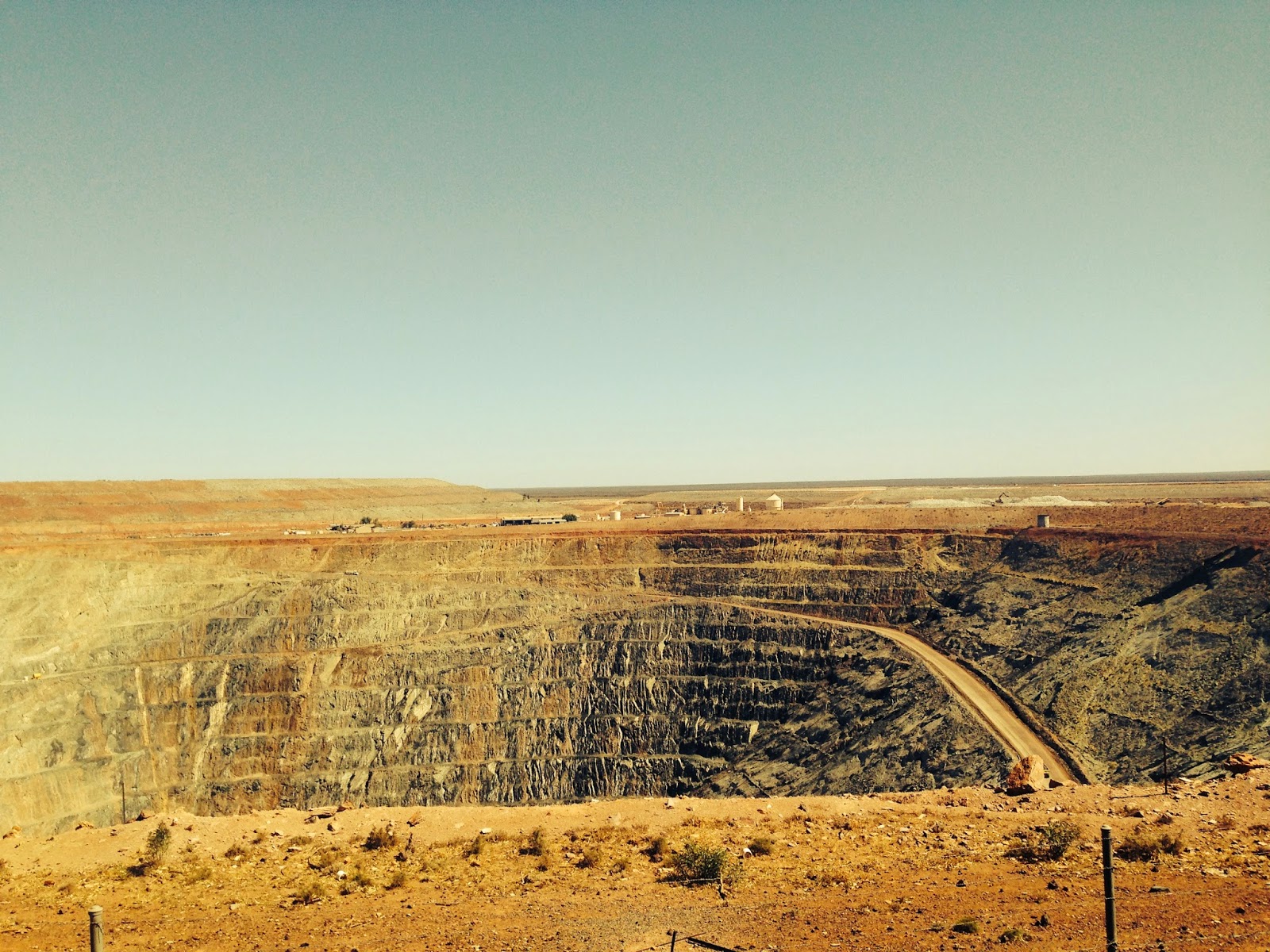 In 2000 a plane full of workers was flying from Perth to Gwalia when the plane failed to land. It continued on and eventually ran out of fuel and crash landed in outback Queensland killing all on board. It was named the 'ghost flight' by media as it is believed all on board suffered from Hypoxia, a lack of oxygen as the plane went above its designated altitude.  Quite an apt name for a plane that was due to land at this site.

All in all Gwalia is a townsite full of history. Although it wasn't riveting for the kids it was interesting for us adults to visit.

I have been reading some of my favourite traveller blogs. It makes me get very itchy feet and I can't wait to get on the road and experience Australia with my family.  My top 5 blogs I follow are:

Where to from here?

So we have found ourselves assessing what we are going to do in the coming months.

In my previous post I listed three options that we may put into place. At this stage it looks like we will run with the option of moving back to Perth for the next six months to work out the next step for us as a family.

Our unit is coming up for rent so rather than race in and buy a property or rent someone else's house we will move from Kalgoorlie and live in our unit in Perth for a few months. Craig will get a job and we will play it by ear in terms of our travel.

Someone I know is not well.


I cannot go into detail on here but its made travelling plans seem trivial and got me questioning if I really want to leave my extended family for a length of six months.  Our house settles next week in Perth and we even questioned if we could pull out of the sale and move back to Perth. But legally its all binding and Ive no choice but to sell.

So we are in a situation at the moment where we will end up:

At this stage its a bit hard to 'make plans'. Sometimes in life we just have to roll with it and see the outcome.

I just feel sick about the whole thing. So sick. 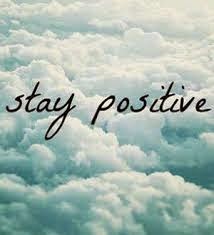