We left Hervey Bay and drove straight down to the Sunshine Coast. Originally we had wanted to stay along the beach somewhere, but found all the parks to be booked out well in advance. We managed to get a spot at Big 4 in Forrest Glen, which proved to be a great spot as it was central to all the things we wanted to see and do.

Some of the things we got up to….

A total shit hole. Im sorry for my honesty.

It was probably great in its day (1971) but today it is a dirty, unsafe, faded, shitty, hole. Don’t believe me? Check out the reviews on trip advisor (something we should have done before we went!)


I would like to add some photos of the Big Pineapple here but it was so shit that  I just checked my phone, Craigs phone, the go pro, the good camera and Matilda's camera and all I found was a blurry pic on Matildas, which I will leave for her to put on her own blog!

We were lucky enough to buy tickets to go to the zoo on Bindi Irwin’s Birthday! Which meant free entry for the kids, free activities like face painting, clay making, a parade of animals and a guest appearance from Bindi, her mum Terri and her brother, Bob.

We spent a full day at the zoo. Some of our favourite bits were Bindi’s tree house, the kangaroos, the croc feeding show and the bird display. 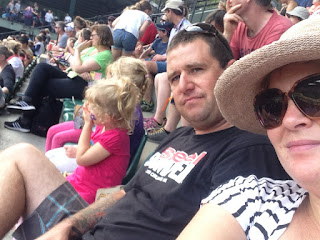 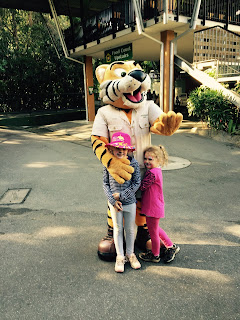 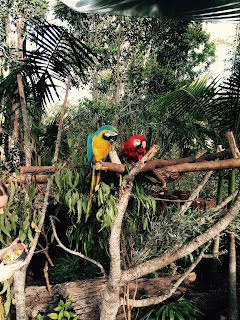 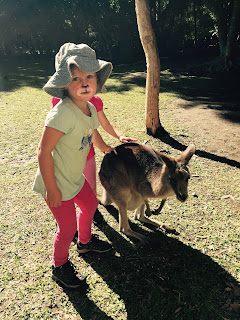 A beautiful beach with a lovely walking track. The kids loved playing in the sand and we enjoyed watching the surfers catch a wave.

This place was well worth a visit. Entry was free but you had to pay to do rides. We chose to just wander around and have a look in the tourist shops and walk through the gardens. We took our own sandwiches that day but bought the kids an icecream after.


While on Sunshine Coast were also lucky enough to catch up with some travelling friends, who are now finished their six-month trip and at home. We first met at 80 mile beach in WA, then we followed each other to Broome, right across the Gibb then on to Lake Argyle. Donna, Luke and their boys are the most lovely family, the kind of people we will stay friends with for years to come. We had a BBQ dinner at their home and the kids marvelled at sitting on a REAL COUCH! (its been a while since we had a home!)
Posted by Unknown at 22:02