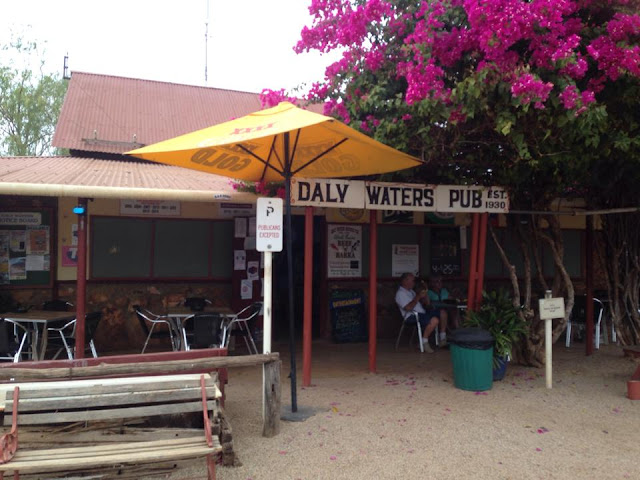 Mataranka to Daly Waters was only 169km,  arriving at the pub at 11.30am I suggested we have lunch then press on. But Craig was adamant we were staying for the famous ‘beef and barra’ dinner so we booked into the caravan park for the night and pre booked our meal.


We set up camp in the hot sun then had lunch before heading to the pub pool. We sat by the pool having a few drinks while the kids splashed and played. Abigail decided today would be the day to have the biggest motherfucker of a tantrum, which came with kicking and screaming and falling to the ground. This resulted in me having to haul her back to the camper while Craig stayed with the other two swimming. As I lay her head on her pillow she went sound asleep for a good two hours so I lay next to her and read my book. My first lay down in our 7 week trip!

She woke in time for a shower before we walked back the pub for dinner. She was in an angelic mood and I was so thankful she had slept away her bad mood.

Our dinner was delicious, I ordered the barra and Craig had the beef and the barra. Both came with a plate to help yourself to a buffet of salads and bread. 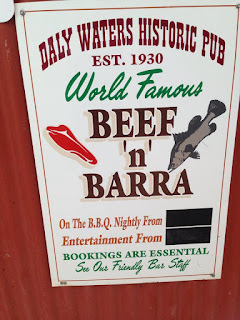 Happy hour drinks were only $3.50 so we found ourselves skulling back like teenagers because they were sooo cheap. It was only later that Craig told me my moscato wine wasn’t part of the happy hour and I worked out I had drunk about half a tank of diesel money. Oops.

The pub itself was originally a general store set up around the 1930’s to provide supplies to people travelling through.  Daly Waters then became the site of the first international airport taking soldiers from Australia to be deployed over seas. It is now a quirky little pub full of memorabilia and has live music and meals every night. 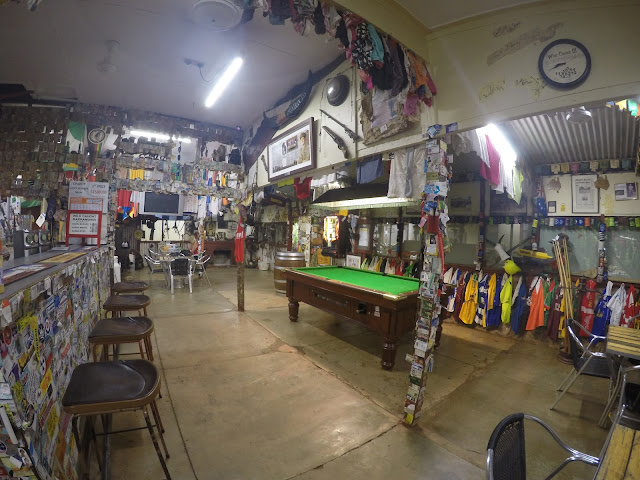 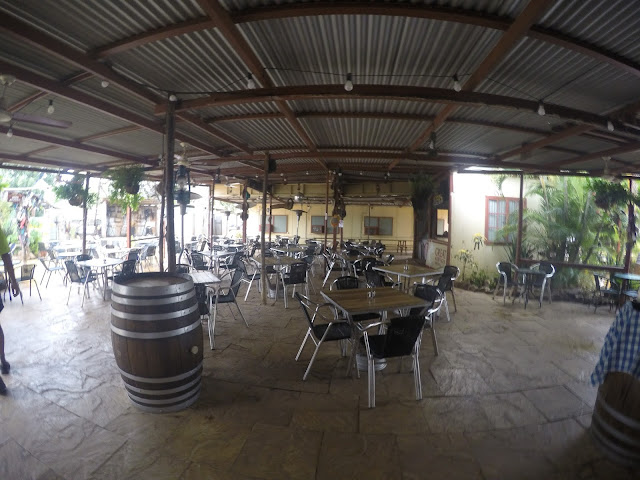 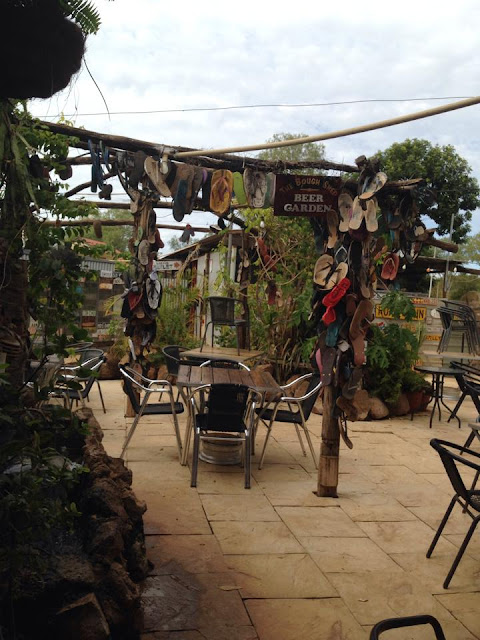 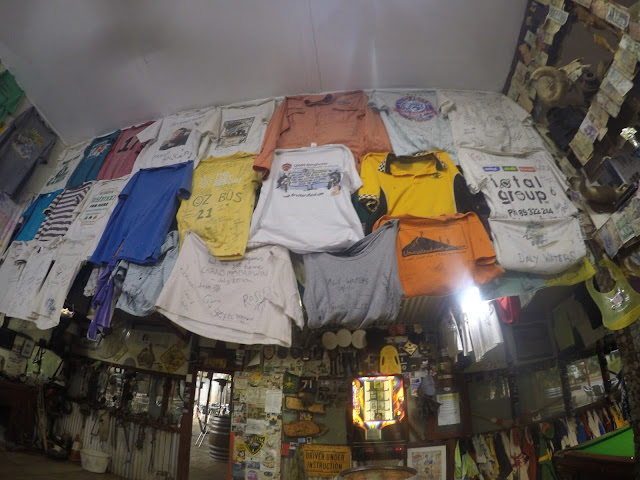 I was really surprised to see how busy the place gets, all 75 spaces in the caravan park were filled with oldies. All of who came for the dinner, enjoyed the happy hour and hassled my children endlessly (hello what’s you’re name how old are you aren’t you pretty). It’s a hard concept because I try to install a ‘stranger danger’ awareness into my girls. Yet these oldies are constantly stopping to chat to them. Don’t get me wrong, it is lovely that they want to talk to us, and most are missing their grandchildren from home, but when they take my kids by the hand and say ‘come with nana pat and have a look at the birds’ its certainly hard work for me. Abigail is quite willing to go with anyone and can be found chatting to people in the caravans next door. Matilda has a certain level of maturity that she is polite and answers questions but doesn’t volunteer too much info. Charlotte barely speaks and is shy, which prompts the old ladies to hassle her more!

Daly Waters was a very fun experience and one of those places I think you HAVE to visit if you are in the Northern Territory.
Posted by Unknown at 21:17