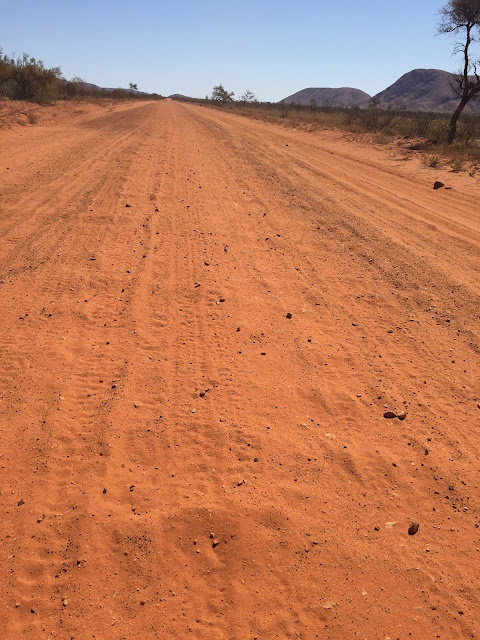 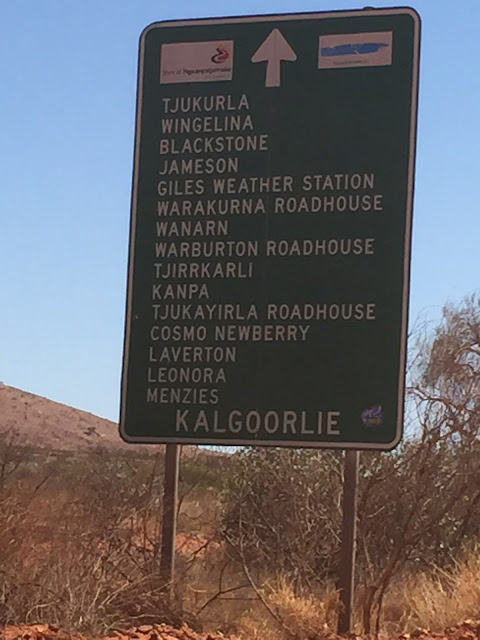 Once we had crossed into Western Australia the road, like magic, became a lot smoother. 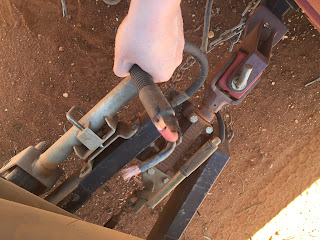 Some damage had already been done on the 100km of rough road behind us. We did an anderson plug, a spotlight and had loosened some bolts in the bull bar. The most damage we had done on the whole trip was done in this 100k of road.
We were able to increase speed on this better road conditions and we made it to the Giles weather station at the town of Warakurna about 4pm. 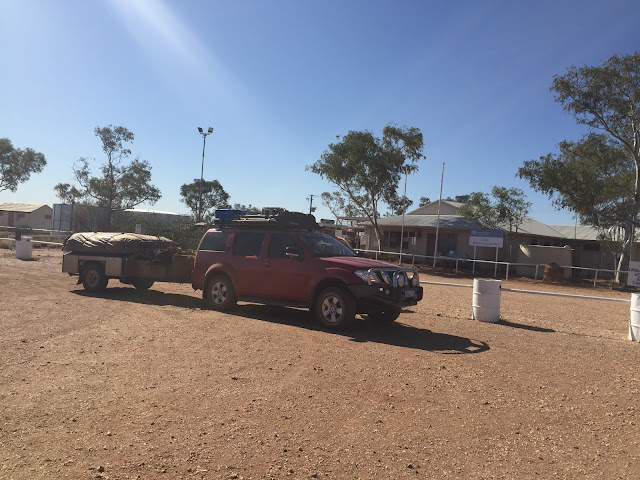 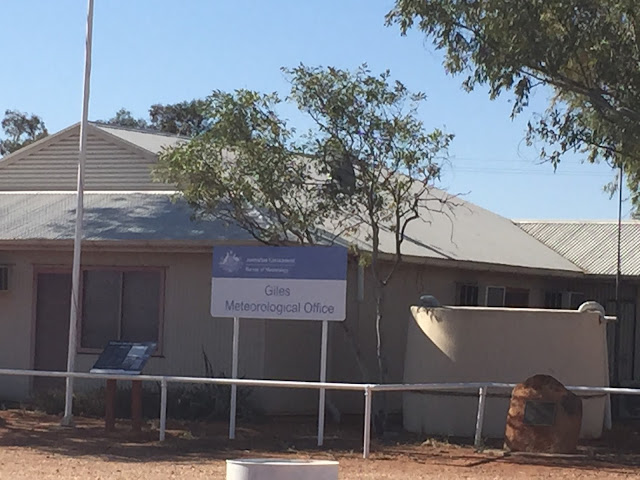 We had a look at the camping at Giles, but realised that camping in a lockable caravan is one thing, but setting up a camper was not wise in this community. So we decided to press on and drive to a camp spot allocated 131km up the road.

we pulled in on dark and were happy to see two other people already set up camp. because this is Indigenous land you cannot camp wherever you want, you must stay in the marked camp areas only. So here we were, at our very last bush camp for the trip, the Yarla kutjara campground. No toilets, no power, no water, no nothing. Just a patch of land a little off the road.

It was very quiet, very dark and may I say a bit eerie that night! 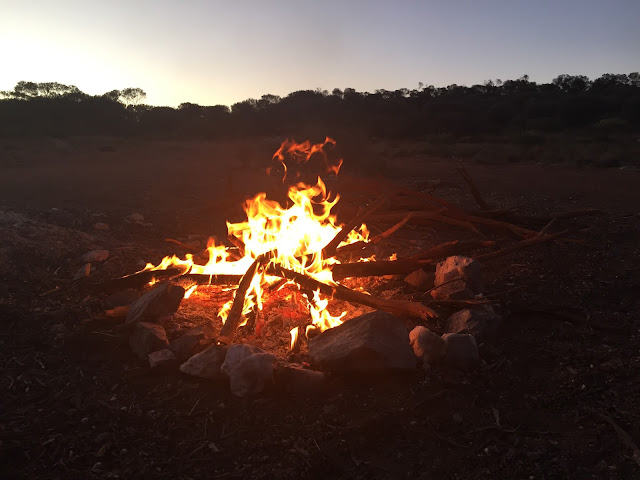 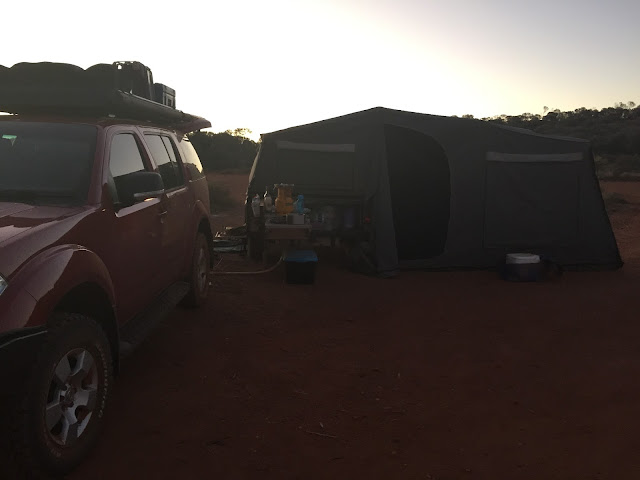 The next morning we woke and packed up. We were 89km east of Warburton so looking at the time we thought we would get there just as the fuel opened at 9am.

Then, when we got there we realised that we were still on NT time as we forgot to change our clocks! So we had an hour and a half to kill before the fuel opened! And there were already road trains lining up to fill their tanks too!

The community is closed and the only camping that can be done is in a locked and barbed wire compound. We decided to get some breakfast so opened up the camper then and there and heated up some beans on toast! Two stray dogs come hungrily sniffing around us and we had to shoo them away. People drove past and stared at us but we had no problems with anyone in the time we were there.

After breakfast we lined up with the truckies to get our fuel. Craig then took the morning shift and we had an uneventful drive to Tjukayira roadhouse where we fuelled up again. Something really gross happened here. Poor Matilda was busting for a wee. We tended up till this point on the GCR to only use our porta potty when we did bush stops for morning tea and lunch. But here we were at the roadhouse and there were two toilets that looked cleanish. I wiped the seat for her and left her to her business. A man was already occupying the second toilet and I heard him finish and flush. As I took outside Matilda's toilet I heard a gurgling sound.... it was vibrating through the ground and I suddenly realised what was happening. I opened her door and grabbed her off the loo just as the mans SHIT he had flushed gurgled up and bubbled out matildas toilet!!!!!!!!! oh my god it was so disgusting. She did not get one drop on her thank god. But I scrubbed her with that hand sanitiser gel and I said to Craig we are not putting our bums on any more toilet seats this trip. Its porta potty all the way.

So gross. As I sit here and write this a week on Im still squirming and wanting to wash my hands!!!!!!

Anyway back to our GCR adventures......


I took the afternoon drive. The road from the bad piping road house to Laverton was long and rough. We had sort of planned to just stop wherever and camp. But there actually isn't really anywhere to. And we were making good time so decided to press on to Laverton. The kids are used to long distances. And we have colouring books, iPads, DVD players and games of eye spy on hand!

Then a few hours up the road we see the man who had done the shit at the road house. He had stopped and shot a camel by the road. His rifle sitting beside the freshly killed beast. And he had a knife out cutting into its hump. It freaked me out actually. Matilda in the backseat saw what was going on and asked 'should I count that camel in my tally mum?' 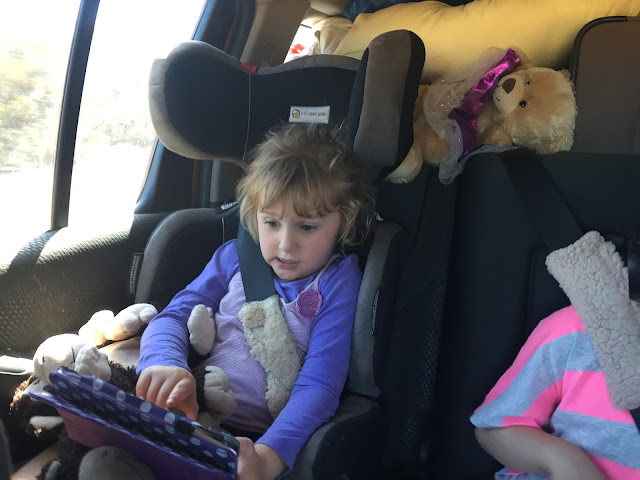 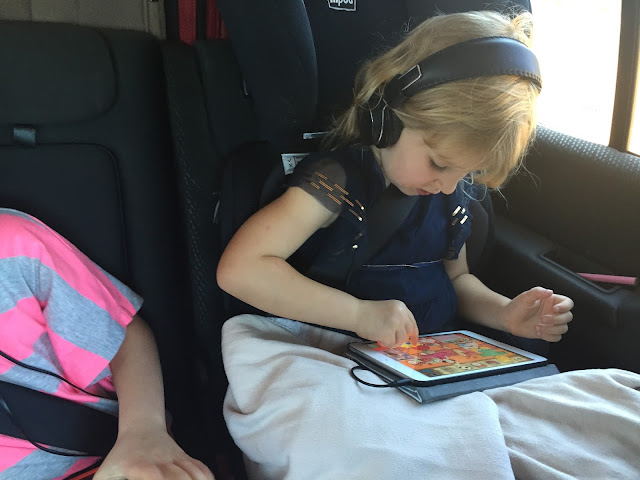 During this stretch of the road we saw camels, dingos, donkeys and so many dead abandon cars.

The ladies from 'Follow the Sun' some fellow travellers, had counted 270 abandon cars on the GCR. Matilda decided to count them too and she ended up with a total of 268!!!! So we either missed two cars or they had been moved in the weeks between Follow the Suns trip and ours! 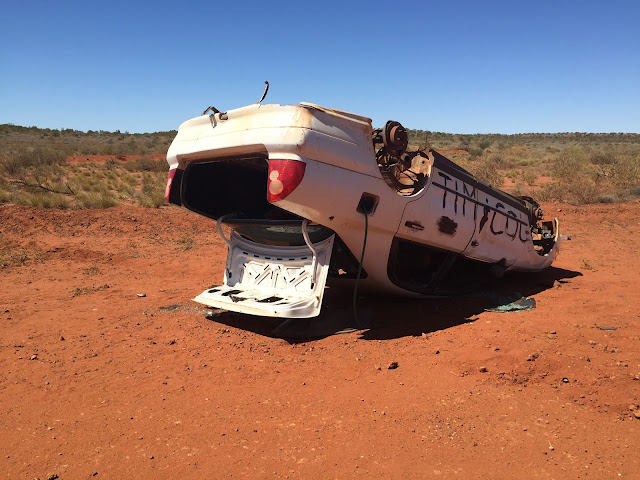 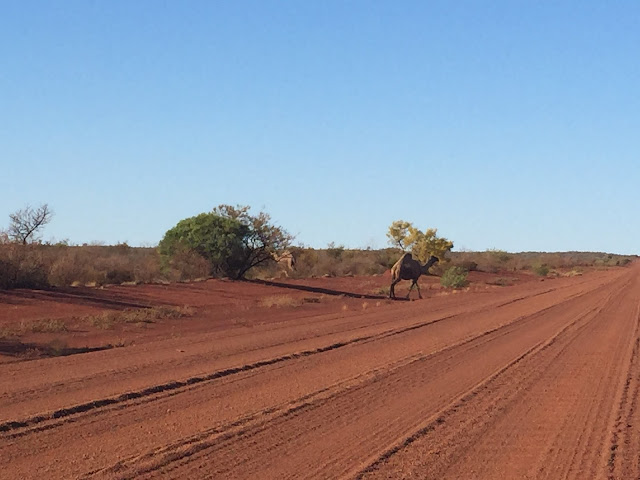 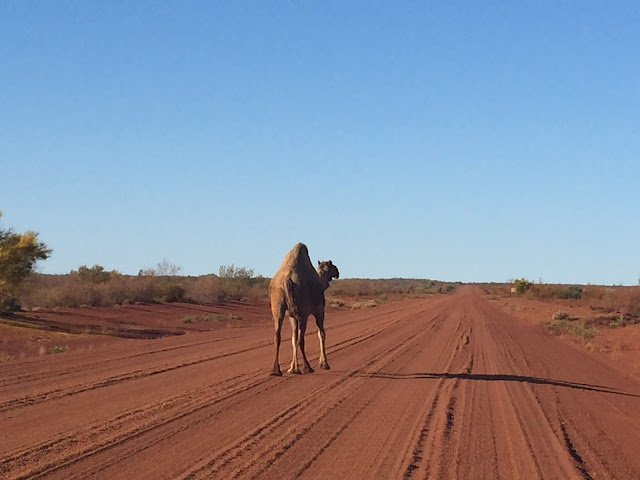 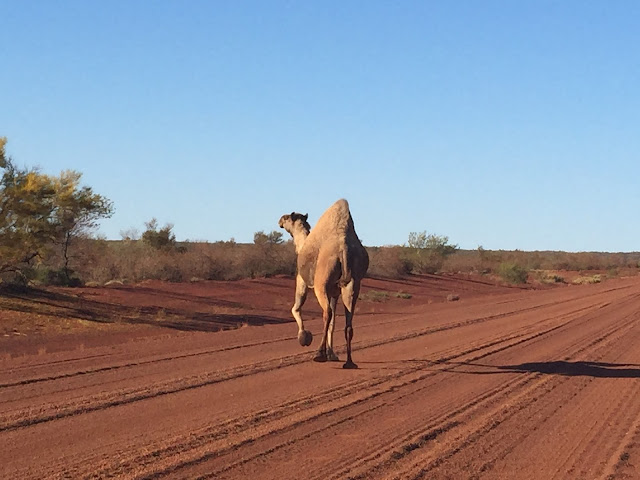 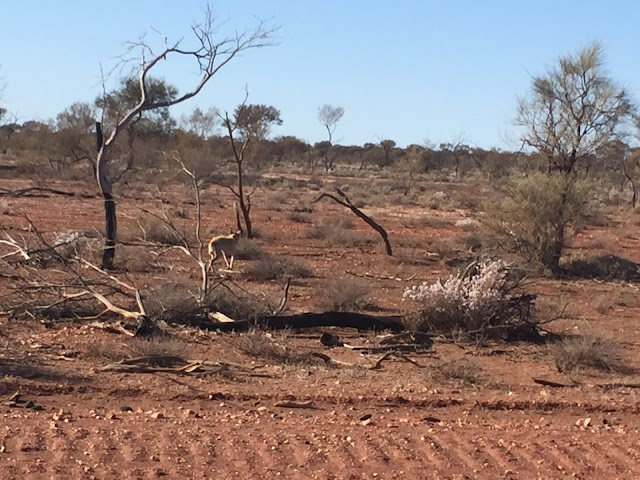 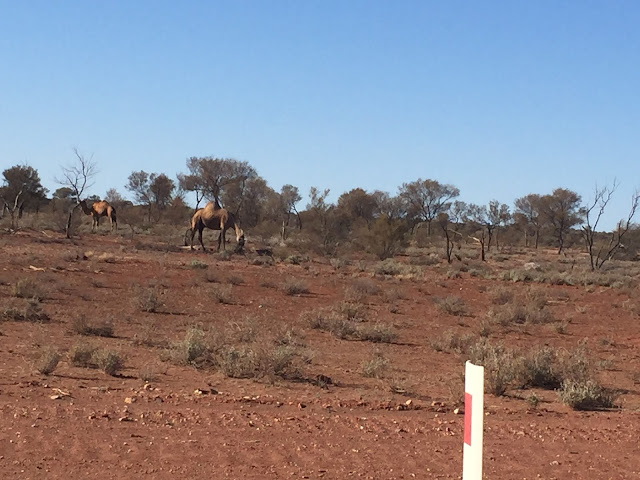 I don't normally drink Coke, but I had a can on that stretch of road, to keep me going. We ate dry crackers for lunch and pressed on and after passing through the community of Cosmo Newberry we finally arrived in Laverton. We decided to fuel up then push on to Leonora, where we did our final set up for our around Australia trip. We cooked our final dinner in the camper and then put the babies in their camper stretchers for the final time.

I felt a bit sad that night. A bit relieved we had done the trip. A bit happy we would soon be in a house. A bit nervous about going home. A bit anxious about the kids going back to school. A bit lost that this time tomorrow it would all be over.

Sure we will do lots of little trips here and there but our around Australia trip would be over.