As punishment, my husband makes me listen to John Williamson in the car. Over and over he plays the same 'best of' album. My ears hurt as the songs lyrics burn their place into my brain. I smile and try to hide the pain but sometimes I scream at him, ENOUGH. please I beg you. He knows then he has won and he will claim his victory, then resort to his second favourite, and more bearable, album of Ed Sheran.

But later when I am in the shower, or doing the dishes or trying to sleep, I find myself singing in my head. The John Williamson songs are haunting me.

So as we were cruising down the M7 from Byron Bay to Coffs harbour, I see a roadside with a familiar town on it.

And thats when the song jumps out. And as only a couple, who have been in the car together for three and a half months solid, could do, Craig and I sing in unison "He wouldn't stop until we got to yaaaammmmba".

I apologise now to anyone who has no idea what I am talking about. For those of you still with me, please have a look at the pictures of this pretty town.

A place where, if I lived on the east coast, I imagine would be our regular holiday place. I loved it there. 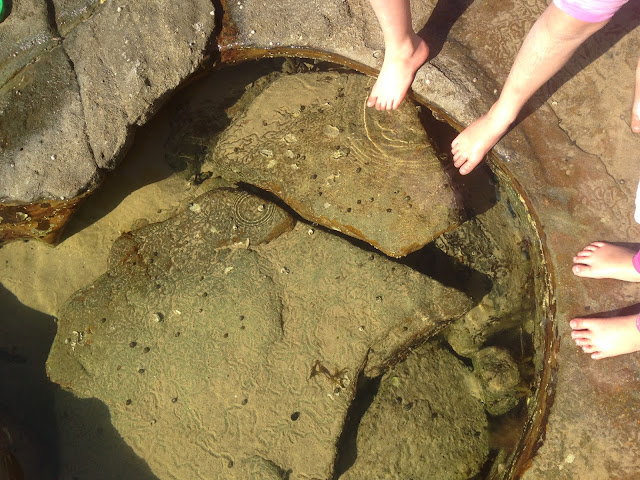 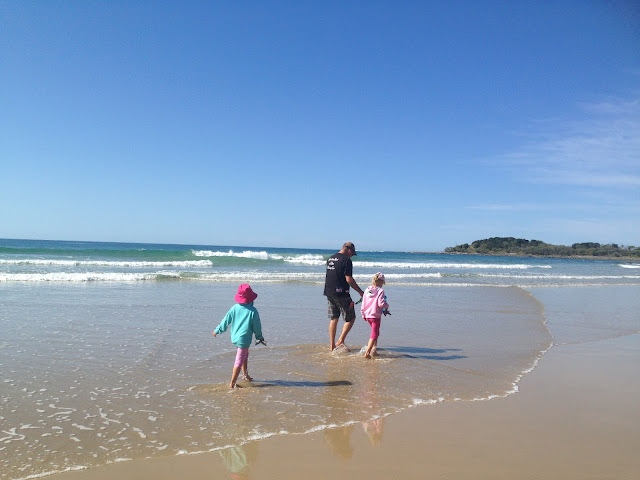 We then headed to Grafton, where we stopped at the park and had some lunch. 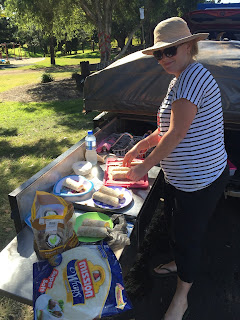 We made it to Coffs Harbour mid afternoon and were set up and on the beach again before dinner.

Our caravan park of choice is only $37 a night. Compared to one down the road which is nearly double. It sure pays to make a few phone calls on the way into town to pick up a bargain. Coffs Harbour is a nice place, and where we are staying at Sapphire beach, just north of the town, is a really relaxing and lovely spot to camp.

Sometimes I have to pinch myself because I can't believe I am at these lovely places. We really are having a great holiday and I am so happy that we chose to do this. The other day we were eating lunch and I said to Craig 'do you realise we are actually doing this?!' 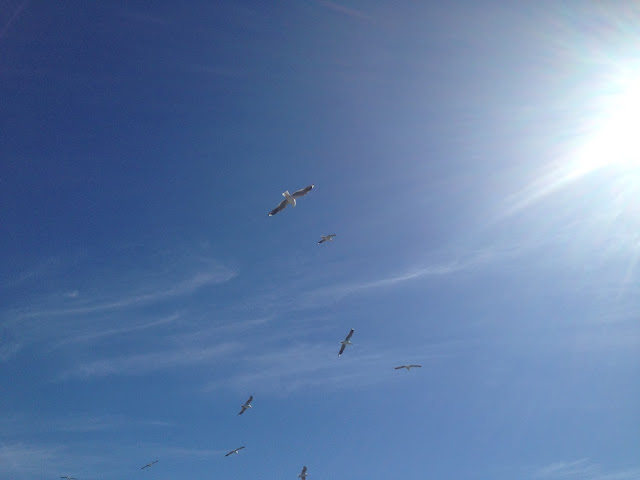