We knew we would have to do a couple of big days to get us to our next stop, Mount Isa.

From Daly Waters pub we headed down to three ways, before turning east and heading for the boarder of Queensland.

Day number one was about 600km, stopping at a free camp right on dark.

Day number 2 saw us wake early, pack up, and head to the boarder.

We came across a coles and grabbed some food for lunch then found a playground to sit and eat while I quickly googled caravan parks. I found one which was ok looking and a reasonable price. 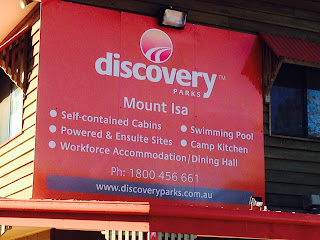 The Discovery Caravan park on Little Bert Street. $42 per night for 2 adults and 3 kids. It came with one free dinner and one free breakfast at their mess hall.  When I was booking in they offered me an ensuite site for a cheaper price and considering I was getting up three times a night to walk children to the toilet block I took it.  I also booked in for four nights because I couldn’t bear the thought of packing up and setting up again for a while!

Our first day in Mount Isa saw us head to the underground hospital. It was an interesting tour of the man made tunnels that were fitted with basic hospital facilities back in the 1940’s as a precaution of Mount Isa being bombed by the Japanese. The old man who did the tour was a local for over 50 years and was a wealth of knowledge. We also saw in a tent house, the types of houses first built in Mount Isa to home the miners and their families. Again, it was volunteered by a very old couple who had actually lived in one of these homes when they were young. 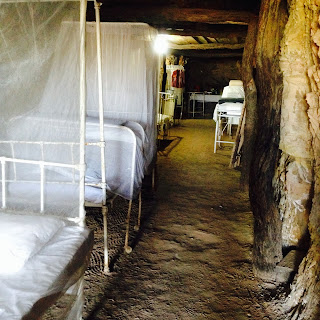 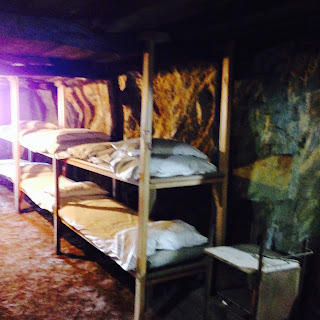 On day 2 we visited school of the air. The hour long tour was just $2 an adult and kids were free. The school has pupils in stations as far west as the Kimberley and as far south as Alice Springs. We sat in on a school lesson, an English lesson to a grade 2 class. The two younger kids got bored and I ended up sitting outside with them while Craig and Matilda finished the tour. When we left Matilda told me how disappointed she had been, she had expected the ‘school of the air’ to be somewhere she could learn about the ‘air’. Not be about kids on a station doing school work. 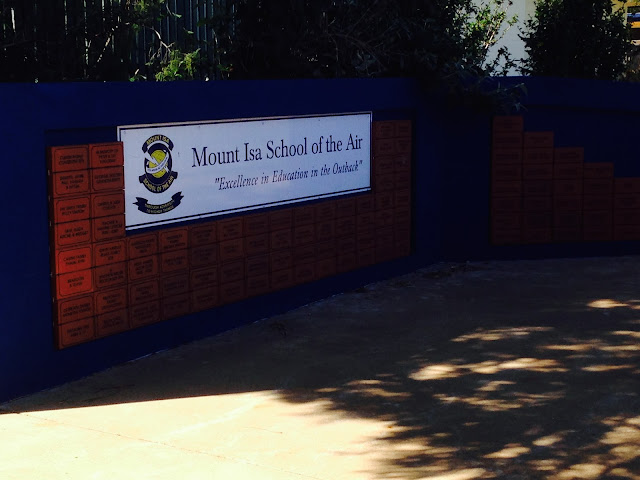 The next day we had a drive around town, went to the look out and spent ages at the big playground in the centre of town


Our plans when leaving Mount Isa was to go south to Longreach and Winton, however, Craig heard about a rodeo in Normaton, a little community 6 hours north. So on a whim we changed our plans and the morning we left, we headed North to check out this outback rodeo.
Posted by Unknown at 23:20